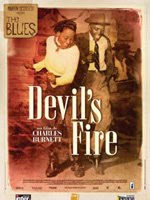 NATIONAL TREASURE: Since the late 1960’s Charles Burnett has been making highly acclaimed films about the experience of African Americans. His films have been viewed by global audiences at festivals and received prestigious awards.

Bernard Weinraub, of the NY Times referred to Burnett as “the nation’s least-known great filmmaker” and most gifted black director. His films Killer of Sheep and To Sleep with Anger, have been designated as “national treasures” by the National Film Registry of the Library of Congress. Burnett has received grants from the Guggenheim Foundation, the Rockefeller Foundation, the National Endowment of the Arts and the J.P. Getty Foundation. He won the John D. and Catherine T. MacArthur “genius” grant in 1988.

INTERVIEW: Before our meeting face to face, there was a sense of awkwardness that flooded over me when calling a man whom I consider to be a national treasure, by his first name. I thought it rude and disrespectful.

As I approached Starbucks, the elite Hollywood location, the brown dress I wore seemed to be less warmer than the wind that made it curve around my leg. The brisk cold air frisked up my right side, as if trying to prevent an early winter. At that moment out of a white shaded and low window, with a relaxed smile, the master teethed hiii. I finally felt comfortable in calling him, Charles. I reached for an immediate hug and blurred out, “this hug is for Bill Wynn, who says hello.”

First question, “life took you and your family from Vicksburg, MS 2 LA, why was there a problem with Blacks living any where they wanted in the 60’s, on the coast?”

His perfect response was, “‘there was a lot of racial discrimination around housing. We couldn’t live certain places. I live in Baldwin Hills now but there was a time that there were a pocket of blacks living in Redondo Beach and the Manhattan Beach area, they kicked them out.” “For no other reason than them being black, I said?”

The blank expression and twisted smile line registered so strongly on my face, read, you have got to be kidding.” Charles went on to say, “even on the original deeds at that time, it stated that property owners couldn’t sell to any non-caucasians.”

In my mind I’m thinking are we the true Atlantians, the enlightened ones.
Is this why we are so hated and demeaned , is this why our fair fair skin relatives hate us so much?
“Yeh man, I nodded.”

Wow how fortunate was I to be getting this kind of hip.

Me, “3D/ HD/animation, any thoughts? “Burnett replied, they are just trying to get an audience by promoting certain formats. This distracts from being truly on the creative side.” ”

“Are we ready, is the community sophisticated enough,” my second question. With authority he replied, “yes, absolutely, the black community has grown tremendously. We still like to see good films with good themes and real life situations. The problem lies with us not having theatres in the community any more.

In the 60’s theatres were on every corner. We didn’t have distractions like TV and video games. We filmed in the early 60’s. We were marginalized by Hollywood. We didn’t have actors, we had neighbors, friends, some of whom wanted to get into being an actor. I was trying to play music, the Trumpet actually. Then came a wave of 70’s black exploitation films starring, Fred Williamson, Bernie Casey. Movies like Max Julian’s, The Mack.

As soon as we got some leverage and started supporting our own films, he continued, “after we started that whole 70’s black exploitation genre, The Black Filmmakers Foundation and the Europeans really made it possible for us to gain some momentum, some push because we were marginalized in Hollywood.

Hollywood didn’t want to hear it.

I felt a rush of a hug that needed to be given, “ok, I said, this second hug is from me.”

It takes even longer for us to find funding.

We need to develop an audience that will go and see our films.”

“I had opened the door of a mound of stored memories that matched real life in 2010. He kept talking , I kept listening, hearing, and understanding more about the man who Directed, “Killer of Sheep”, The Glass Shield, To Sleep With Anger and a host of first. He was the first ever black Director to garner an award from the Guggenheim Foundation.

He continued, “we can’t just start and stop our making of movies, our telling our stories.

I felt inspired and creatively close in our similar expression.

An expression which fills a bigger and even broader landscape of who they think we are.

Charles said, “we have to maintain a consistent audience.

He seemed to be slightly nervous, he stuttered.

I chimed in, yes we do indeed, “I felt like saying your honor, but caught myself..giggle..giggle.”

He told me how he use to stutter in school and the kids would laugh at him. He upon a friend’s suggestion thought about going into the military.

As the noise from inside Starbuck’s elite Hollywood location, rose to an unprecedented and difficult to hear crescendo, the south in me came out as I said, “what are you Worrkinnnn on now.ow.ow?” he kind of reminds me of that cute guy named Frankie Beverly of Maze. You know the gentle, laid back but present face.

He looked directly at me saying, “collective stories”, collective stories on Obama’s mother, thats what we workin on.”. His cell rang and I could tell it was family or close friends, it got his immediate attention as he raised the one finger for hold on a minute.
Time was runnin out, the noise from both inside and out of the Starbuck’s crushed our conversation to another 5 mins max.

Burnett apologized, said it was family and continued to talk, collective stories on Obama’s mama.

He told me that, funding was slow but things were still moving forward.

“May I take your picture, I asked?”

The man who once stuttered , who went on to become Director, writer and producer posed and in perfect diction simply said, yes.

The Ever Changing Legend/The Art of Guggenheim »