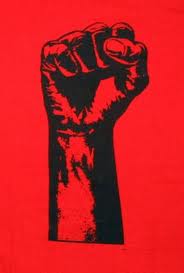 College campuses always give me a feeling of elevation.Â Â  The reason may be due to the fact, that they nurture the mind by allowing it the freedom to stretch here, there and everywhere.Â  Universities get just as much attention from onlookers and students, as a plasma screen gets for potential buyers.

The USC Cinematic Arts Society, had my attention after giving Stones in the Color of Rare the okay to come in, and view the screening of; The Black Power Mixtape. The screening was held at the Ray Stark Theater, on USC’s beautiful re-modeled campus. “The Black Power Mixtape 1967-1975,” had hit the streets of America using a host of selected theaters in order to gain more support, from community audiences.Â  The Panthers would have wanted it that way.

We had found a rare one, stone that is, Swedish Director, Goran Hugo Olsson ( pronounced Yo-Ran.)Â  We later found out that Goran lived in Sweden.Â  Do you Skype?Â  “Are you serious,” was the tone of my voice while phoning media partner Eseel.Â  Eseel is the assist to David Magdael PR firm here in Los Angeles, Goran is their client.Â  We jumped at the chance to Skype the interview.Â  When the Skype call came in, I asked Goran why he had a picture of Ringo Starr posted on his Skype? he told me that Ringo gave him permission after they met some years ago, and that they are now friends.Â  There is a similarity, I thought.

How did you come to find this project, I asked?Â  The mixtape had come from Olsson’s TV/Film Production company in Sweden. In his well developed Swede/American accent, he replied, ” I was looking for some footage on, “The Sound of Philly”, “Philly Soul.” Philadelphia had a different sound, all it’s own.”Â  “While looking, I remembered the rumor I’d heard, that somewhere in our studio was raw, unseen footage taken by Swedish filmmakers of the Black Panther movement in the US.”Â  Olsson said, “it was believed that we had more footage than, America”. This could prose a problem, in some sort of way, he mentioned, as I now had to find someone in the industry, who would assist me in getting the word out. This was an amazing discovery.” Goran had headed for New York after finding the footage on the basement floor of his production studio” http://www.youtube.com/embed/a9Uaqz_jBRE.

“I went to the New York offices of Danny Glover.Â  I walked up to the door and knocked,Â  I was told that I had done everything backwards.” “This is not the way we do things here in America,” the office manager at “Louverture Films”, said.Â Â  “I tried very hard to convince the people there at the office,Â  that I had traveled from far away to meet him, and had brought proof of my amazing discovery, with me.Â Â  I was then told to leave a copy of the footage, and was assured that Danny would get it.Â  I received a call from Danny, himself, saying that he was interested in the project.”Â  “Glover was an easy choice because, his company “Louverture”was well involved in projects that focused on African American diaspora, it’s heritage and history”.

Most of all, Goran was puzzled about America and how it handles it’s racial matters. Had an entire generation of strong black men and women, African American to some, black or negro to many, been underneath the radar for the sake of the American media? Why was there flack from the press, whenever someone outside of the Country decided to shed some light on folk, who by any means necessary, sought to enhance and develop the life condition of it’s community?Â  The Panthers weren’t just people, they were a movement, their names were tattooed on our arms, on our legs, We earned the right to walk beside them. We followed, them via worldwide broadcast to the neighborhoods, just like Eddie Murphy, had us follow Mr. Rogers.Â  The Black Power was as much a part of the streets, as any other drug. This gutsy move by Kathleen Cleaver, wife to Elridge Cleaver, Angela Davis, Stoakely Carmichael, Bobby Seale, and Huey Newton, intimidated the Police, and anyone else, who couldn’t perceive what social justice should look like during the period of 1967-1975, “The Black Power Mixtape” had come of age.

Professor Angela Davis, social activist Angela Davis, leader of women, Angela Davis, was recorded as the most brilliant woman the FBI had ever encountered.Â  Her range and knowledge of the Communist Party and social revolution was beyond the comprehension of the literate mind of the system, which attempted to hold her in captivity.

Director Olsson’s interpretation of the Panther movement, gave the hip audience their fair share of education, by delivering short excerpts by Erykah Badu, Talib Kweli, Harry Belafonte, Kathleen Cleaver, Sonia Sanchez, Bobby Seale and Qwestlove, who also provided the film with the kind of music, that reminded you that you was somebody, and everybody around you, was somebody too. 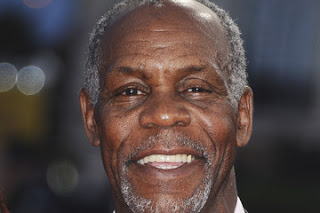 The Black Power Mixtape 1967-1975, challenges America’s version of who, what, where, why and how the Black Panthers come to be.Â  It arouses the senses and draws powerful emotions.

We had found another rare stone, this one color it Swedish, name it Goran, color it Black and call it American culture.Â  Goran said that he wants to make more cause related films. Films that cover a broad range of subjects that have yet to be discussed.Â  His love of film and challenging topics provide thought provoking content.

Thanks to filmmakers like Goran Hugo Olsson, perhaps some day in the near future, America and it’s citizens will understand that all of us, regardless of color, culture and class, are an integral part of the mix.

« A Foxx In The Mix, Landsman’s Thunder Has Soul, Tolerance Hits A Daily Double, The Incomparable Senator Curren Price
ELMO, CLASH AND MARKS SPEND THE DAY IN LONDON »