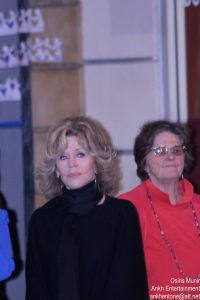 Actor, activist, and V-Day board member, Jane Fonda looked absolutely, stunning under the evening light at the 4024 Radford location of CBS Studios, New York Street. One Billion Rising for violent crimes against all women brought out another local favorite, former LA City Controller, Wendy Gruel.  Gruel spoke about her young son of whom she continues to instill morals on how he should treat women and the respect that he should have for them. Fonda emphasized the, “No Means No”, slogan in her speech to a crowd of entertainment executives, concerned family members and their friends of women, who have suffered violence and abuse. The evening came alive with a warm atmosphere of laughter, cheers and a live band that was full of talented featured vocalists and a swarm of the beautifully energetic, Tribe of Sahlah belly dancers. KCAL Channel 9, showed their support by filming the event during Fonda and Gruel’s speeches. Flash Mob, a multicultural group of diverse aged dancers led onlookers and folks who just liked to dance, to the beat of “Break the Chain” .The One Billion for Justice group of supporters along with Allen’s choreographed dancers, “Flash Mob”moved their hands and elbows in a sea of rhythmic motion and colorful diversity. 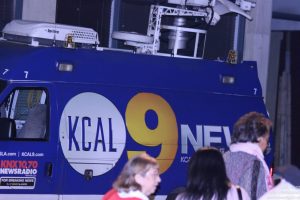 Eve Ensler, creator of V-Day and author of Vagina Monologues, sponsored the violence against women and girls evening. The One Billion Rising event was the first of its kind held in the San Fernando Valley. It is the biggest mass action in history. Activities in 169 countries including Albania, Benin, Bolivia, Dominican Republic, Georgia, Lesotho, Luxembourg, Slovenia, Guyana and Jamaica supported the event on the same day. The campaign’s action focused movement is  based on devastating statistics discovered in the UN that 1 in 3 women on the planet will be beaten or raped during a lifetime. The world’s population is at 7 billion and that adds up to more than One Billion Women and girls. To date, V-Day has raised over $100 million and educated millions globally about the devastating statistics shown about violence against 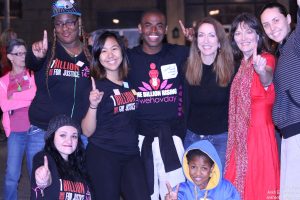 women and girls and are determined with the help of local supporters like, Peace Over Violence, Valley Trauma Center, Domestic Violence Prevention and Treatment Program of SFV Community Mental Health Center to end it. The organization has launched a brilliant campaign around international education, media PSA campaigns, re-opened shelters and provided funding for over 13,000 community-based anti-violence programs and safe houses located in the Democratic Republic of Congo, Haiti, Kenya, South Dakota, Egypt and Iraq.  V-Day receives numerous acknowledgements  and  awards and remains noted in both Charity Navigator and Guidestar. 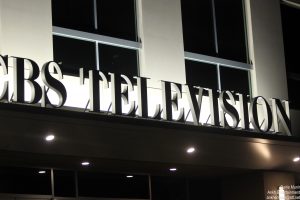 « Malcolm Jamal Warner and Dr. Ronald C. McCurdy Present 12 Moods at USC and Makes Mama the Important Somebody You Gotta Ask
Jennifer Leitham Stands Corrected Guided by Hope and the Love of Music »