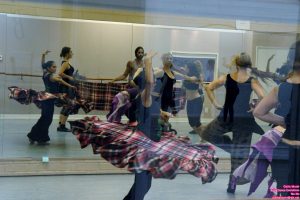 So you say that you know belly dance, I think not. After meeting the lovely, vibrant, choreographer and dance 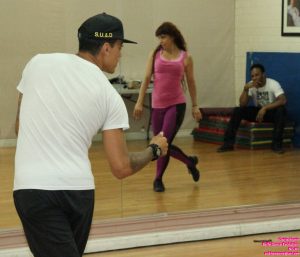 evolutionist, Jillina Carlano, founder of North Hollywood based “Belly Dance Evolution,” my T’s are all uncrossed and my ears are forever opened.  Uber drove Canon and I, as we jammed over the hill to the No-Ho district at the Belly Dance Evolution Studios. The studios are tucked away at 4200 Lankershim Boulevard, in North Hollywood, CA 91602. When you walk through the back entrance, that’s when Wonderland begins. Several studios had movement and evolution happening simultaneously. I was immediately welcomed with warm smiling faces of all cultures and diverse backgrounds. When I heard that their rehearsals started at 3:00AM this morning, I felt both joy and pain. Can you imagine the kind of work, dedication and commitment one has to have to keep up with a performance schedule?  And to think that we, the audience, the consumer, the art lovers, are the ones that get the benefit, of seeing, hearing and 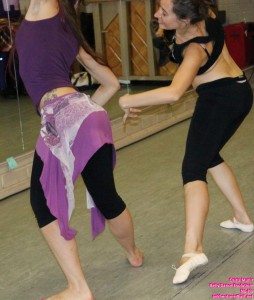 breathing, a live performance set for the Ford Amphitheatre on Friday, August 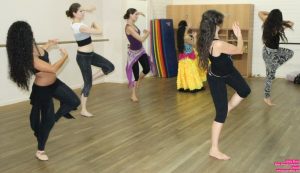 1st at 8:30PM. The name of the production this year is, that age old classic, “Alice in Wonderland”.  No, the White Rabbit cannot be followed on the back of a super cool lady as seen in the “Matrix”, however one can experience the Mad Hatter and the rest of the gang on the beautiful grounds of the Ford. Anyway, back to the story, so as I’m floating on air, because just the ambience alone, of dance, costumes with brilliant colors and all in harmony, trust, is something that gives the feeling of floating, I ask for Jillina Carlano. While waiting, Canon sprang into action focusing on mood, style, and grace. All I did was give Canon what it needed, a scene and some willing subjects, after that, it was snap, crackle, and sizzle, then out came Jillina. Jillina had this amazing frock of enriched reddish hair, and had a fiery passion that only a true entrepreneur and artist could have. This woman had 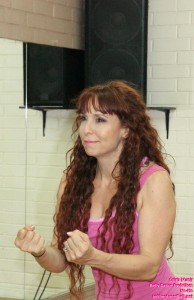 started a company from scratch without trying. Her small but big North Hollywood studios are for dancers, of all shapes, sizes, cultures, 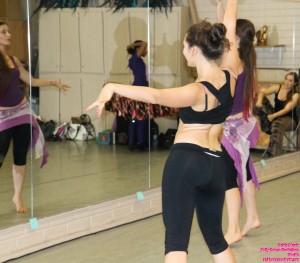 and even countries. In 2009, the word got out that Jillina, her music composer husband, “Paul Dinletir,” had an open house for budding talent, and that’s when the company began to grow. Jillina talked about her behind the scenes partner and husband, Paul Dinleter, who composes original scores for all of BDE (Belly Dance Evolution) productions. Incredibly talented, Dinletir, is the co-founder and lead composer for the boutique motion picture and high-end trailer production house,  “Audiomachine”.  Jillina and Paul have the direct experience of watching their studio transform into Belly Dance Evolution. Over time, their repertoire began to include, jazz, ballet, folklore, breakdance, theatrical hip-hop, contemporary, tribal, and fusion dance. Now that is what I call an evolution. In conversation, Carlano mentioned her love of travel and her exposure to Middle Eastern dance while in Egypt and has traveled there annually for over 17 years. When asked about the artist, “Shakira”. Jillina applauded her as a fine example of celebrity performers who use Belly Dance. “Shakira”, is an excellent dancer and focuses on specific, isolated moves, “Jillina said,” she is a fine representative and responsible for raising the awareness of this kind of dance. Her use of belly dance in music videos and entertainment has increased youth involvement, inspiring them to use this dance as a part of their daily workout routine.” Sometimes people are attracted to belly dance because it looks interesting and unlike regular dance, belly dance is low impact,” Carlano, said. “During my travels, I had the chance to choose from the finest of dancers, from all over the globe and belly dance is common practice in most Middle Eastern countries but most don’t know that it is more widely practiced outside of the Middle East. “ Jillina’s, “Belly Dance 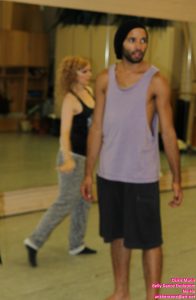 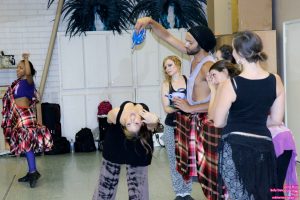 Evolution” is headed to Slovenia, Germany, Austria, the Czech Republic, Sweden and Taiwan after their August 1st, Ford Amphitheatre performance. The world-renowned dance company brings their eclectic and high- energy performances, to over twenty countries including North & South America, Europe and Asia, Africa and Australia. In addition, the 20 international artist troupe received a 2012 Mawazine festival award after dancing for the Queen of Morocco. Jillina, who is a native of Southern California, has proved her BDE residency program effective. Her team comprised of husband, Paul Dinleter, an artistic director and live beat maker, Ozzy Ashkenazi continues to awe and inspire audiences, dance activist, and potential dance evolutionist from around the globe.  Her moves and grooves can be viewed on her 12 instructional DVD’s, now offered in five different languages and are distributed by Universal Records. Jillina also has her own,  “Jillinas World” chocked full of music DVD’s, performance DVD’s,  clothes and all that other good stuff. Historically speaking, Jillina was featured in the closing gala at the Ahlan Wa Sahlan festival in Egypt, becoming the first American performer to do so. The story of “Alice in Wonderland” as you already know, is an age old classic, but, Jillina and her Belly Dance Evolution this Friday, August 1st at the 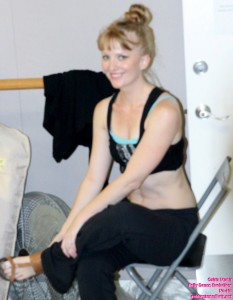 Ford Theatres , will show us Wonderland from Alice’s point of view and nobody messes with Alice. For more information on “Belly Dance Revolution” Jillina Carlano and Paul Dinletir, go to www.bellydanceevolution.com. For tickets and press information on the shows August 1, 2014 Los Angeles performance, contact 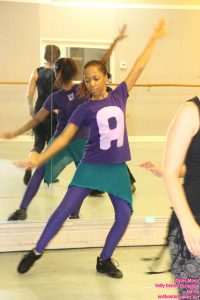 Susan Gordon, at sgordon823@aol.com. The Ford Theatres are located at 2580 Cahuenga Boulevard, East, Hollywood, CA 90068.just off the 101 Hollywood Freeway between Hollywood and Barham Blvd in the Cahuenga Pass. www.FordTheatres.org

« The First Lady and Mayor Eric Garcetti Shout Hooah to Helping Vets and Turned the Hyatt Regency Inside Out
LA River Paddle Inspires Hope, Caring and Teaches the Art of Conservation to At–Risk Youth »