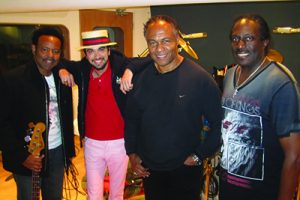 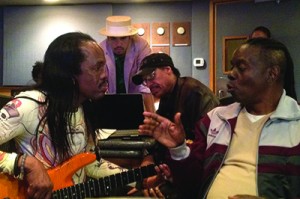 any a digital compression, one thing stands for sure, two-time Grammy and 14 tech award winner, Bernie Grundman, and genius master mixer, sound engineer and musician Steve Sykes maintain integrity to create the highest level of sound, despite these changing times. Both masters in their fields respectively, in a candid interview, Sykes and Grundman, spoke up and out on the do’s and do not’s of recording, mixing and mastering, the steps to take to get a hit mix and how they make it sound like butter.

Sykes is a sound recording and audio engineer legend, with career accolades spanning over 30 years. His humble beginnings started with a band out of his native Philadelphia, called the Thorns. He was a 13, year old teenager and self-taught guitar player during the time. The Thorns became the right fit for Steve’s style. The band grew from a local band at a then Philly located, Sound Plus Studios into the band that everybody wanted to play for out of the renowned Sigma Sound Studios of Philadelphia formerly Sound Plus. Having a mom who booked musicians and set up their 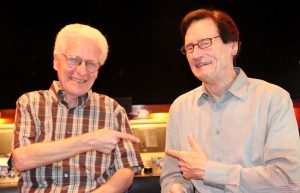 auditions in your home, was not a bad thing either. I guess that you could say that Steve got the creative bug bite, after hanging out with the likes of the mistress of jazz, Nina Simone, key board and organ player, Jimmy Smith, the great Art Blakey, and the Jazz Messengers. Even if his hanging was, done, while crawling around from underneath the piano, Sykes had an ear, to hear.

It was all that the world could stand as Philly produced a big splash on the 70’s music scene. TSOP( The Sound of 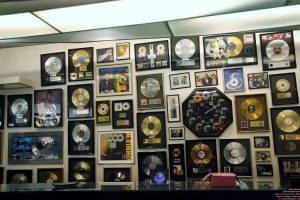 Philadelphia) a number one, 1974 hit for the group, MFSB.(Mother, Father, Sister, Brother), using a blend of big sassy horns and hip, pop riffs, would become the latest craze for pop, dance and R&B.

Additionally, TSOP, written by native Phillians, Leon Huff and Kenny Gamble and produced by Thom Bell, had been chosen as the theme song for Don Cornelius’, “Soul Train.” The cool new groove of MFSB featuring the vocals of the “Three Degrees” helped Don give audiences another kind of listening pleasure.

These historical moments put Steve in perfect alignment with meeting the next super-star line up, of those destined for, fame. That line-up included high school friend, Stanley Clarke.

Grundman, on the other hand developed levels of mastering techniques and buffed up skills for making his clients’ final mix, sound like butta. Straight out of Minneapolis, and of Swedish, German and Norwegian descent, at age 14, right around the same time Sykes budded, Bernie got a recording studio gig while living in Phoenix, AZ and attending Arizona State University giving him the opportunity to use his training from Air force warfare. Ending a 25-year relationship with A&M Records, and with more gold and platinum recordings that he could carry in 84 BGM, Bernie Grundman Mastering Studios opened for business, and in 97 that business was extended to Tokyo.

With an output of 30% of top 10 industry hits, Grundman’s, Grammys, are well worth the space they hold. I guess that you say, he is the Getti of mastering and a damn good engineer as well. Grundman is always at the helm of some of the industry’s most astounding recordings just to name a few, Mary J. Blige, Outkast, Ludacris, Mos Def, Carole King’s “Tapestry”, Prince’s, “Purple Rain”, The Doors, Joe Cocker, and the list goes on and on.  As a lecturer, Grundman speaks regularly at UCLA and NARAS (National Association of Recording Arts and Sciences). Interviews on Bernie are too numerous to count.

A nice note to stock away in your mental files is the fact of Claire, Grundman’s wife a painter, created the beautiful wall art Grundman has upon the opening door to his studios. Claire’s beautiful and brilliant colors converted an otherwise productive and structured environment, full of high-end tools into a warm and cozy compliment, and thus, the legend continues.

Presently, DJ Cassidy’s, “Calling All Hearts,” ,the first drop from Paradise Royale mixed by Sykes is due to hit the streets as ‘I’m tapping out these words. LAFX located in North Hollywood, is said to be one of the best sounding control rooms, became the go to for Steve’s Paradise Royale, first sessions’ rhythm tracks (lafx.com). The studio also acts a rental house, making equipment easy ro access. Capitol Studio B aka Capitol Studios helped Sykes breathe life into the remainder of Cassidy’s tracks. www.capitolstudios.com.

Sykes featured in Electronic Musician, for his part in Cassidy’s, “Calling All Hearts,” wherein the DJ plays the character. The project is a dedication to the soul and funk 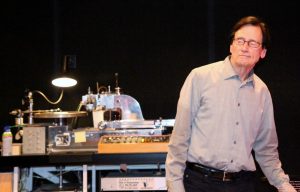 Ray Parker ,Jr on guitar.Nile Rodgers, and John “J.R.” Robinson; Bobby Watson of Rufus, Ndugu Chancellor, on drums; the deep and beckoning sound of Marcus Miller and Freddy Washington, on bass. Not to mention, Jerry Hey conducting horns and strings. The funksters kicked up more dust than a hurled ball of sand in the Sahara. Paradise Royale presents them, to groups age 30 and above with the same classic sounds that Sykes and Grundman are highly revered. Those ever- loving goody-good sounds with their authentic elements are what Sykes and Grundman continue to strive for. With elite digital entities merging and beginning to explore deeper grooves from original music, we are certain to hear of more collaboration, like D.J. Cassidy’s, Paradise Royale.

With notable production greats like Bernie Grundman and Steve Sykes, the magic is in the mix and the mix is sure to get a rise, when there are two masters squishing their hands deep into the bowl.

« FICG in LA Strut their Stuff on the Red Carpet with Vision and Vibrancy for Film Fest Gala
Quarterly Wrap Festival Mayme A. Clayton Museum & Library 2014 »