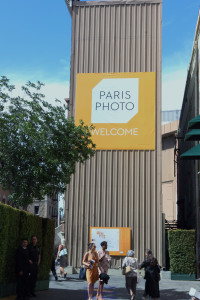 The Paris Photo Fair in its third edition now, drew a wide range of photographers and moving image-makers from different mediums. Held at the beautiful Paramount Studio lot, kick off began on April 30th, beginning at 2:00PM with a conference in the Sherry Lansing Theatre. The Fair begins May 1st and will end on May 3rd. A shuttle provided guest refuge from the hot weather outside.  With an outstanding array of 79 premier art galleries, specialized art book dealers, and a host of emerging digital image and root art babies, the Fair has a chance to show its uniqueness. Collectors and exhibitors have the opportunity to hob nob under the same roof and intuitively match art with its rightful owners. With the selling of creative originals, the participant’s intent is to bring pleasure to the senses and to stimulate our artistic palettes. 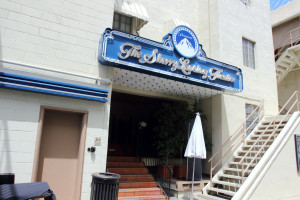 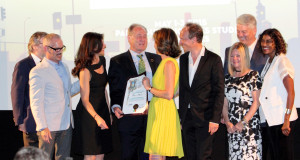 The backlot of Paramount, New York in particular, did work its way into realism for both Paris Photo aficionados and the community of Los Angeles as a hot location for discovery. This year’s exhibit again invited 17 countries to view how artist are using photography and moving images to express their passion. On hand for laughs and to support in partnership was Los 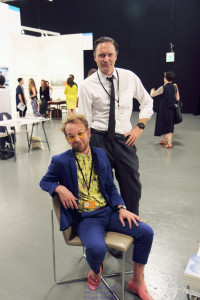 Angeles City Councilman Tom Lebonge who along with Executive Director of 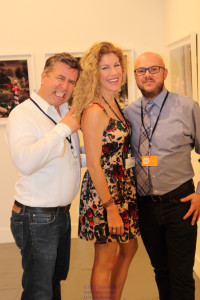 Los Angeles Cultural Affairs Olga Garay-English and Director of  Sister Cities and Arts and Culture for the City of LA district 4, Kamilla Blanche of the Los Angeles Cultural Affairs Department. All parties agreed as to the path that lies ahead for tremendous growth and development in the creative community. Los Angeles County includes Hollywood and so heavily contributes to branding Paris Photo with that legacy.  Thus, the Paramount Studio lot and its illustrious history can share in International promotion of the annual event. 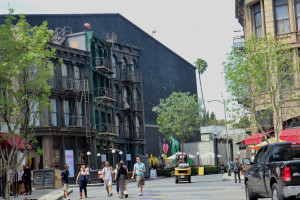 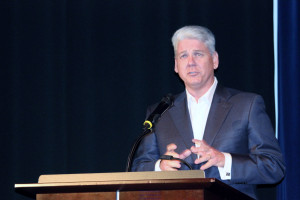 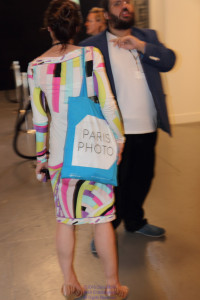 JP Morgan Private Bank is committed to its partnership with the Paris Photo presentation of its Young California Photographer Award. YCP is set-up to identify young talent of the future an 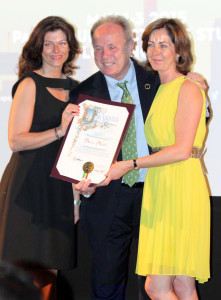 d hold in high acclaim one California art school enrolled M.F. A. Candidate. Both finalists and award winner will be exhibited at this year’s Fair. As 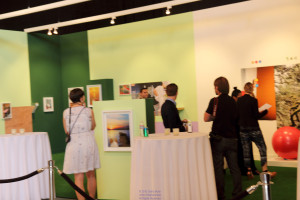 CALIFORNIA UNEDITED is a spinoff of a smashing Unedited Archives of the LAPD Exhibition of last year and presented again due to high demand. CALIFORNIA UNEDITED will unveil the highest body of work yet from the R.J. Reynold Archive, curated by Anthony Lepore and supported by amanasalto. 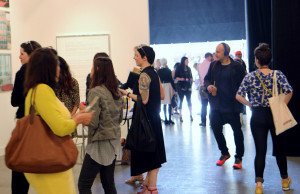 An additional delight for those who have a serious appetite for creative digestion is the Fair’s program of its inclusion of the SOUND & VISION conversation series, and a must go to. Independent curators Douglas Fogle and Hanneke Skerath are the series organizers.  Intellectuals can enjoy conversation around a favored subject and have input on perspectives by the current leads in international art and curating.

To purchase tickets and find out more about Paris Photo visit