Black History Month is notorious for resurrecting dark although true images from the past.Â Â Images that flavor that ole negro spiritual,Â Â “we shall overcome.” Swing forward to 2013 and not expected to fall back,Â Ted Talk’s kid President,Â Robby Novak age 9.Â  I believe that Dr. King would say that we have overcome and now doing video appearances for You Tube.Â  Check out Robby on the video above.

Black History Month had its beginnings in 1926 in the United States, when historian Carter G. Woodson and the Association for the Study of Negro Life and History announced the second week of February to be “Negro History Week”. This week was chosen because it marked the birthday of both Abraham Lincoln and Frederick Douglass.[1] Woodson created the holiday with the hope that it eventually be eliminated when black history became fundamental to American history.[4] Negro History Week was met with enthusiastic response; it prompted the creation of black history clubs, an increase in interest among teachers, and interest from progressive whites. Negro History Week grew in popularity throughout the following decades, with mayors across the United States endorsing it as a holiday.[1]

While on the subject of television, blacks and history, we wanted to give you some information that you may not know.Â  Drum rollllllllllllll, did you know that Steve Allen and Ed Sullivan, were of the first to give black actors network television exposure.Â  From the inception in 1948 of his Toast of the Town (later called The Ed Sullivan

Show), Sullivan liberally seasoned his Sunday evening variety program with African-American celebrities. Despite periodic letters of criticism from prejudiced viewers and anxious advertisers, Sullivan persisted in welcoming entertainers as diverse as singers Sarah Vaughan, Ella Fitzgerald, Harry Belafonte, and The Fisk Jubilee Singers; comedian Dewey “Pigmeat” Markham; rhythm and blues performers Billy Ward and the Dominoes; operatic soprano Marian Anderson; dancers Peg Leg Bates, Bunny Briggs, and the Will Mastin Trio with Sammy Davis, Jr.; and Dr. Ralph Bunche, United Nations Commissioner and recipient in 1950 of the Nobel Peace Prize for his role in settling the Arab-Israeli war. Even former heavyweight boxing champion Joe Louis appeared on Toast of the Town in an unsuccessful venture as a song-and-dance entertainer.Sullivan felt that by bringing black personalities directly into the homes of Americans, TV would undermine racism. He believed that white adults and children, seeing and appreciating black talent, would be forced to reassess racist stereotyping and their own prejudices. Sullivan was particularly sensitive to the impact such images would have upon children, for it was they, he suggested, “who will finally lay Jim Crow to rest.”Equal to Sullivan in his employment of black talent in early television was Steve Allen.Â Â  www.lapressclub.org.

As host for more than two years (1954-1957) of the popular Tonight program, Allen was especially attracted to African-American musicians. Himself, an accomplished jazz composer and performer, Allen hosted such celebrities as Duke Ellington, The Ink Spots, Carmen McRae. Lionel Hampton, and Sammy Davis, Jr. One program was telecast from the famous New York City home of modern jazz, the Birdland nightclub. Another show was dedicated to exploration of black music in general.Â Â Â Â What we found interesting is that none of these people waved red flags, in order to gain attention for their support and in most communities outside of the African American ones no one mentioned these two courageous men. 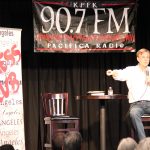 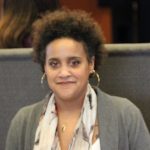 But Allen was sympathetic to more than African-American music. He occasionally focused a full program on problems of pressing social interest to blacks. One show, for example, dealt with the issue of civil rights. Another telecast treated brotherÂ­hood.Â  Steve Allen was a socially-conscious intellectual as well as an entertainer who occasionally used his program to promote discussion on a range of contemporary issues. By integrating racial questions into the Tonight show, Allen gave his program a seriousness that was generally absent from shows seeking purely to entertain.

It must be remembered, however, that not all viewers were comfortable with non-stereotyped black performances on the new medium. Flattering appearances by minority entertainers often provoked hateful reactions. And all concerned in such bookingsâ€”the white host as well as the sponsor, station, network, and African-American talentâ€”risked vile insult, even physical abuse, from racist whites. Nowhere was this pattern more obvious than in the case of the Will Mastin Trio and its perÂ­formance with Eddie Cantor on the Colgate Comedy Hour.

Following rave reviews for the act at the prestigious Ciro’s nightclub in Hollywood, Cantor brought the Trioâ€”consisting of twenty-four-year old Sammy Davis, Jr. supported by his father and uncleâ€”to his NBC comedy-variety showcase on February 17, 1952.Â Â http://jfredmacdonald.com/bawtv/bawtv2.htm

Finally and certainly our best ever discovery of rare stones, I mean this Prep Academy, literally called, the Star Prep Academy, is off the chain, or the ball, or whatever the saying is.Â  Our staff went balistic, got out camers and started to shoot footage all over the place.Â  It felt as if we were in a scene from Jurasic Park.Â  Any way, things got cozy the staff members were warm and oh so helpful in giving us a tour of their secret underground society of recovering abandonments.Â Â  The pictures above are beyond words, creative pieces of students who are aspiring photographers, writers, musicians, choreographers, animal sensitivity counselors and the like.Â  Their faces were full of aweÂ with life, of course being in such an artistic world every day, we imagine would do that to a young person growing up or for that matter, any person in that environment.Â  www.starinc.org.Â Â  The photos that you spotted at the beginning of this featured blog are actually the work of art studentsÂ who attend Star Prep Academy Eco-Station which is located at 10101 Jefferson Avenue, Culver City, California 90232.Â Â Â  What a month this has been, with Chinese New Year celebrations, Black History Month, the Grammys, now the AMA, American Music Awards.Â  Well gots ta go, but the staff will phone in if your rare stone light gets dim,Â Â  We can then bump it up to flare glare number #29.Â  That one can always be counted on to light up the skies.Â  This has been another Stones In The Color Of Rare production.

That’s right, we’re looking for you, awww, there you are.