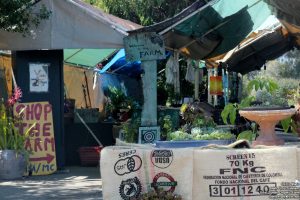 Taking a drive from Los Angeles to Malibu is like going from the United States to the Cayman Islands, a huge difference in 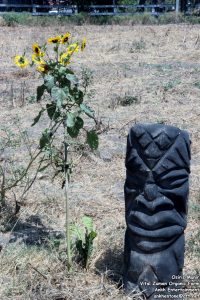 atmosphere. On last Sunday, our car used its four wheels, to hug the curves of the PCH in order to get us out to the Vital Zuman Farm, formerly, “The Fig Tree Ranch.” Now just so you know, Vital Zuman is past Zuma Beach and Paradise Cove, in Malibu, or if you’re old school, the “bu”. It looked from the front white tethered gates along the right side of the pike, to be a southern styled ranch. As we turned onto the 6-acre stretch of farmland, I noticed the dust-laden sign, numbered 29127 Pacific Coast Highway, laying to the right of us. Alan G. Cunningham inherited the well-toiled property from his mom and dad, George H. and Alice L. Cunningham who created the idea of a sustainable farm in 1954. It originally offered way wanderers fresh figs and strawberries.  After Alan inherited the place, produce branched out into cultured Mulberry and Fig trees. As I started up an invigorating conversation with Alan, our talking morphed into a digital description of National Geographic.

Fact: Figs an alkaline-based fruit, are higher in Potassium than Bananas, offer more Calcium than milk, and contain latex. Historically speaking, Figs made their way to the USA, via the Asian Indian sub-continental culture. They are known as, an old world fruit. In the 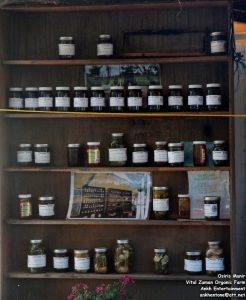 Yogi Lifestyle and In Hindu tradition, Figs have earned their reputation as the perfect food for human beings. Cunningham takes his keeping up stats on fruits and their medicinal properties quite seriously. In fact, Vital Zuman Sustainable Organic Farm is holds classes and on property seminars related to the natural cultivation of fruits and veggies. As Cunningham says, in the case of farms, most are food-growing sites that have a farm box program or they will truck the food into a city and do farmers markets. The sites do not necessarily have the public out on site, however with regards to Vital Zuman ,its the opposite, said Alan. In our case, the social connection is already in place. The point is to get the public involved and interactive with the farm itself. This teaches others to seek out live farms in their own area. In its natural eco-system setting, the farm is home to, ferrets, bobcats, rabbits, ladybugs, horny toads, and Cunningham who also lives on the farm. 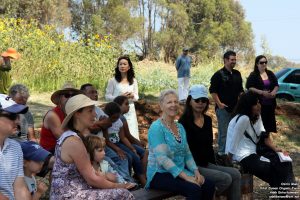 As we moved from the front of the farm to getting down to the touring of it, the live entertainment in the background gave the me the feeling of smelling my mother’s fresh southern biscuits, grilled fish, corn on the cob and “Big Red” soda water  To our right was a stage set up for the day’s event. The performances highlighted upcoming teens and tweens, and gave them a chance to emit their emerging talent. 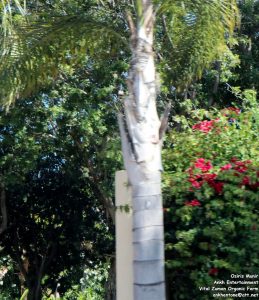 Rhoda Robinson and David Robinson-Hicks of “Team Diversity” coordinated all of Vital Zuman Organic Farm’s talent for the day.  David and Rhoda invited special guest, “Hogan’s Heroes,” John Savage and Max Gail out to the farm for the Earth Day celebration. Savage in particular, has known David since he was a child. “Rhyming in the Universe”, one of Robinson-Hicks, ongoing projects, addresses social issues and brings attention to industry icons and notables,  who actively seek out cutting edge solutions and creative ways to offset planetary imbalances. Max treated the audience to a lying down of hands, his in particular, as they cleverly stroked across several touch sensitive keys. All songs including Jennifer Freedom and her band the “Conscious Life Allstars” focused on the dis-respect that we humans show our dear mother Earth.  The bands front guitar man made a sound with a twang so sweet; it could talk a Texas cow out of its black and white hide and then some. 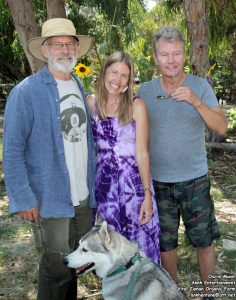 As the sun begun its daily stretch across the sky, Cunningham and I, walked briskly along the acreage and my mouth watered at the thought of tasting organic Mulberries. Matter of fact, he referred to them as the “Mulberry Production.” Their rooted cuttings appear to be dead, however, I am told that quite the contrary, they are forever populating. Of the types of Mulberries, grown on Vital Zuman, the “Dwarf” and the “White Mulberry Trees”, who for over 40 years have been rooted there, are the most prevalent.  As Alan said “the green berries are unpredictable and usually a month behind. They come in heavy, and one at a time”. In the midst of this lovely organic coven, sits, queen Oleander. The yellowish green, with red flowers plant lives happily next door to its neighbors the 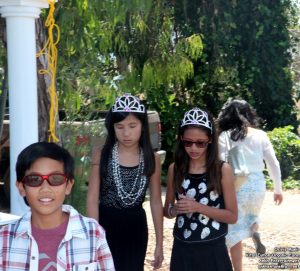 Mulberries. It is drought resistant and holds the ground.

As the day grew closer to an end and I moved towards the exit, jars filled with thick, rich honey, bags filled with figs and Zuman’s homemade organic lemonade filled my nostrils. The aroma followed us out of the wide opening that framed the farms entrance.

While the talent sang under the Malibu skies, and the bugs, flies and insects said their goodbyes, I thought to myself, “Those Mulberries were really sweet, and the taste of organics, on a warm and sunny day at Zuman Organics, even sweeter”. 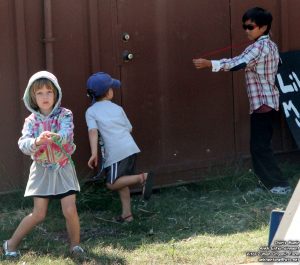