On a not so bright day in LA, the wind blew East not North, and the traffic was louder than frogs croaking in downtown, Alabama. As we walked towards the door of the Mediterranean Café a phenomena took place. This phenomenon took place right in front of our eyes. No one won a prize, and there were no announcements made on the local news. This day  we would witness a miracle, a supernatural occurrence, a man named Jose Cofino of Beyond ALS, would walk up to us, give a handshake or hug and defy all odds that say that condition can kill us. Jose discovered that he had ALS aka Lou Gehrigs disease, also known as Amyotrophic Lateral Sclerosis two years ago. Since then he and his partner Ben Trust, have worked ceaselessly to wage the fight against this debilitating and devastating disease. A former executive at Pepsico Restaurants, and Disney, Jose has been living with the neural based condition whilst striving forth with tremendous faith in order to find a cure that lessens the threat that ALS poses. 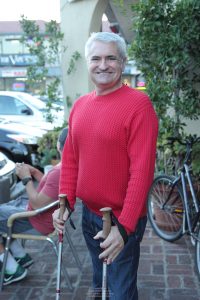 Would we call ALS a disease or condition? I imagine that in truth, a disease can be defined, as an acquired morbid change in any tissue or tissue of an organism or in an organism as a whole, of 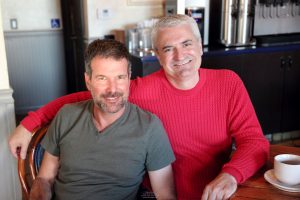 After the #icebucketchallenge and the fervent and untiring advocacy of Pete Frates, Pat Quinn, Beth Hebron and Anthony Carbajal, ALS drew public attention and additional funding poured in. This additional funding allowed Jose and Ben to begin developing a role model for the world’s first  non-profit biotech  ALS is no lover of life taking with it, happiness, radiant health and most of all, one’s ability to make themselves well. 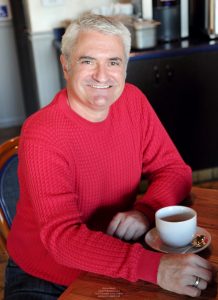 Cofino’s ALS Therapy Development Program, better known as ALSTDI, to date, has received more than $3million in funds based on the #icebucketchallenge acceptance and passing by individual participants, Jose and Ben, launched a Precision Medicine Program (IPS Technology). This past September In Cambridge, a blood sample was taken from Jose to be used for his Genome and skin tissue removed in order to create his own personal line of skin cells. The Beyond ALS Institute is the first to implement the Precision Medicine Program for solution-focused research in the States.

Out of $3million and with an initial investment of $1million PMP, allows for the expansion and inclusion of more collection sites and the banking of induced pluripotent seem cell lines from hundreds of patients. The initial program budget only allowed 25PALS. The PMP is able to accelerate the identification of ALS subgroups and thus enable better screening and treatment.

PMP plans to invest an additional $1.5million into an accelerated of advanced treatment in clinical trial. Prior to the #icebucketchallenge , there was no funding to support any of the most integral parts of the Beyond ALS program.  Cofino and Trust plan to provide information on strategic investments and advancement of clinical trials in dedicated webinar (s).

In addition to the Beyond ALS, other programs like, Augie’s Quest, initiated by ALS diagnosed, Augie Nieto, came about out of the need to find aggressive cures. Augie created the Tradition of Hope Gala now in its 9th year. Each year the gala creates different themes targeted at increasing awareness of ALS and has since, raised close to $1million in support of adequate treatment. At this year’s Tradition of Hope Gala held at the Beverly Hilton Hotel, Jose received the Courage Award.

Meeting Jose Cofino is like meeting a powerful government official. His presence is dignified. His spirit, elegant and with a heart that’s as bright as the Golden Sun, ALS just nay have a hell of a fight on its hands.

As of this writing, ALS-TDI is the largest ALS dedicated drug development organization.