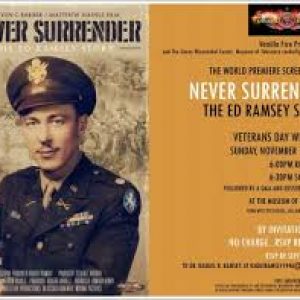 When director, producer writer and documentary filmmaker, Steven C. Barber gets his mind made up to do something, move over Superman, Barber 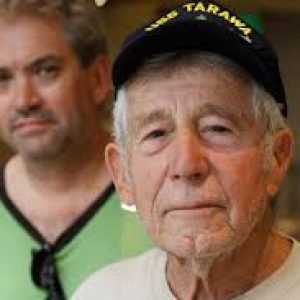 is like Kryptonite.  With a heart of gold this documentary connoisseur gets straight to the point. Gifted with an inherently talented gene pool beginning with great aunt, Edith Wheaton, who by the way was the first woman to win the Pulitzer Prize for writing Steven C, Barber is destined to keep the written word with pencil in hand.

His dog on set, “Jimmy Chew” sat quietly on his owner’s lap as he watched daddy Barber go to work. By the way, Jimmy is just as famous as daddy.

Barber’s first beginnings of writing and producing reality TV shows would not hold his attention for long as his inner self seemed hell bent on leading him to people places and things that would become an integral part of the humanitarian efforts that enable certain aspects of mankind to move forward.  When asked why he takes on such difficult subjects, with eyes that glitter like a young boy getting his first kiss, Barber’s face lights up as he replies, whenever I do something selflessly, things like this just come to me. He tells the story of how he met actor Eddie Albert, famously known for the 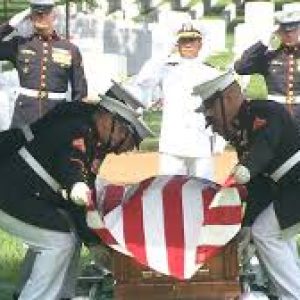 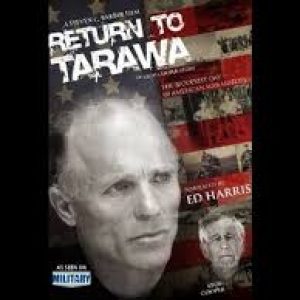 Harris came to make, Return to Tarawa, where the actor’s voice narration was the perfect fit for such a deep and compelling story of veteran Leon Cooper who at age 90 was able to heal and talk about his experiences upon revisiting a war site wherein he served as a landing craft officer in 1943. 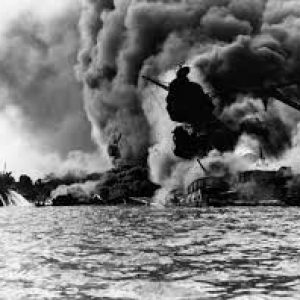 Director, producer Barber met Leon Cooper at an LA Book Fair held at UCLA, this meeting would create magic.  With a sincere and honest heart, Barber told us that he got a call from an angry Marine out of Chicago who had seen the film and couldn’t believe that there were still 500 Marines buried on that Island. A year later he got a call to let him know that Republican Dan Lipinski, D-lll was able to get a million dollar mandate legislation passed to fund a return expedition to Tarawa with the help of the Joint POW/MIA Accounting Command Team aka JPAC. The expedition was set-up to unearth dead Americans and Barber and his crew were invited to tag along.  Spending six weeks and having watched 30 living marines dig for 500 deceased ones gave Barber and Cooper a 47- minute documentary of which Cooper expressed that he and the award winning documentarian should have stayed longer. Two skeletons believed to be American according to the Associated Press were unearthed, as well as, a mass grave of Japanese soldiers. 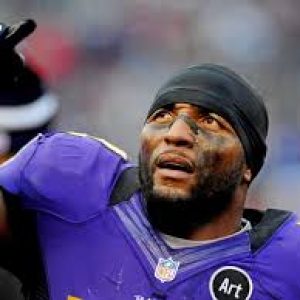 Barber and Cooper with the help of Harris’ narration help to sell, Return to Tarawa, to “The Discovery 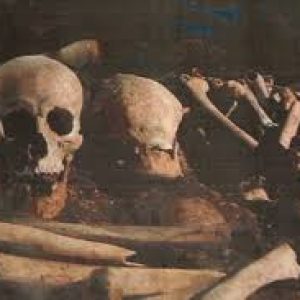 Channel, where it aired on their military channel” which at the time was the newest subsidiary of Discovery Communications.

His film, Until They Are Home, is one that shows the discontentment of the spirits of dead soldiers whose remains are still crossing over time and space to be returned safely to loved ones. Kelsey Grammer acted as narrator lending even more prestige to the fantastic duo of Vanilla Fire’s, Matthew Haules, and Barber which is comparable to having Quincy Jones and Michael Jackson, in the same studio and on the same groove.

This year’s Oscar short list will be a little longer as their recent film, Never Surrender, has been nominated for the 85th Academy Awards shortlist and stands by Barber’s, Unbeaten, which landed on the shortlist of 2010, for best original song written by country singer, Clint Black and Until They Are Home in 2012. The third time has to be a charm; after all they say there is power in the number 3. 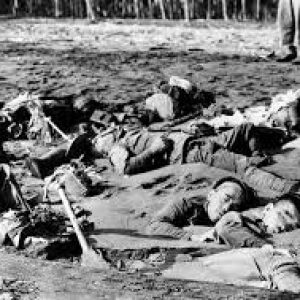 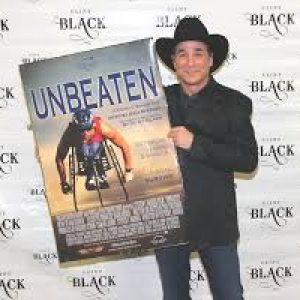 chance to see just how broad of an impact World War II had on our American history and how much of this history had been undeniably ignored. During 1941-1945 Ramsey stationed in Manila had managed to remain uncaptured by the Japanese and reported directly to General Douglas MacArthur as the leader of a top Filipino Guerilla Network.  It was MacArthur who awarded Ramsey the Distinguished Service Cross.  The Green Beret credit Ramsey for his extraordinary military tactics gathering 44,000 Filipino soldiers to wage war against the Japanese that led to the development of the Green Beret.  The film is up for best original score, song and documentary and is narrated by Josh Brolin.

Just as, Unbeaten, a royal and distinguished tribute to paraplegics who in 31 wheelchairs challenged themselves to Sadler’s Alaska Challenge for six days on a 267 mile race through the mountains of Alaska’s Denali National Park and who did more in their seemingly limited conditions than today’s selected body of healthy federal and state representatives. It is the power of these kinds of stories and their accurate documentation that gives Vanilla Fire Productions the amazing and irresistible ability to share the secrets of the magical art of storytelling.

During the interview Barber sadly although with confidence took a selfless moment to give major props to his dear friend, John Travers, who he says is one of the greatest film editors to grace this planet.  John lived, breathed and ate the film industry and died at the Avid bay doing just what he loved to do. He will be missed. 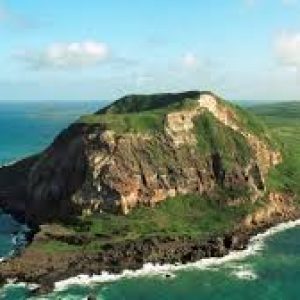 Obviously Barber was not only called but carefully selected as very few are.  This producer, director, writer and filmmaker is definitely an odd man out telling powerful real truth stories and getting them funded all while Hollywood nestles in hiding amongst a plethora of delusion filled and scripted topics.

What does the future hold for a sharp and fabulously circumvented creative?

Always in motion Barber who produces, while Hausle directs, with coolness and calm waited for a call 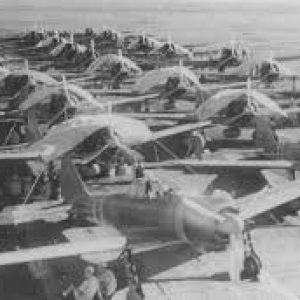 from Ray Lewis of the Baltimore Ravens who is in the pocket to do his story, “The Ray Lewis Story. As if that’s not enough Barber and Hausle are producing six of their Vanilla Fire Productions to be released as the very first Military 6 Pack on Memorial Day 2017. High end retailers such as Target, Costco, and Walmart plan to offer the pack to the general public. Barber says the two make for a perfect pair because Hausle puts up with his madness but knows exactly how to get the job done. Vanilla Fire Productions once again teams up with Kelsey Grammer’s Gramnet Productions for the project called, Left Behind. The UTA Talent Agency will represent the film. Left Behind pushes legislation in place by JPAC following up on the need to bring back fallen heroes remains and bring closure to the many families who have missed them for many years.

The cerebrum is the part of the brain that a genius such as this one is constantly in touch with.  It makes up 85% of the brains weight. Director, Steven C. Barber must have a whole lot of stories buried deep inside his subconscious mind just waiting for the right moment in time to bring up recall on fresh new faces who have unique and compelling stories that have yet to be told.