Ok, so although there may not be an immediate threat of a robot takeover as in the case of, Will Smith’s, I Robot’s, Vicki, who refuses a directive from her maker. Afterwards masses of old and yet to be booted up robot models, flash a not so co-operative pulsating red light, that emanates from the center of their foreheads and proceed to launch an attack on all humans, thereby taking over the entire city. 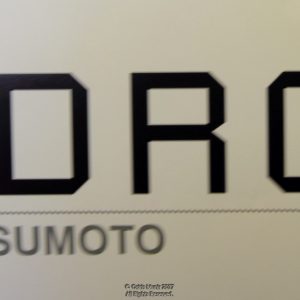 Whether we believe in sci-fi, robots or the end of humanity 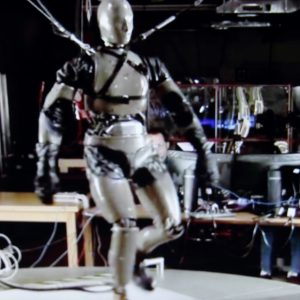 as we know it, androids are indeed developing a culture of their own.

Hiroshi Ishiguro and Yoshio Matsumoto both of, Japan and who had the chance to show proof of androids entrance into the modern social media based society were a part of the USC Creative Technology Department interactive 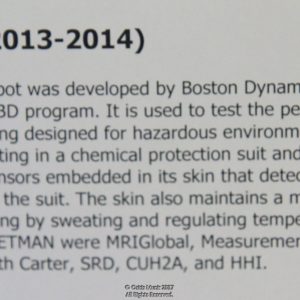 panel, Uncanny Valleys: Thinking and Feeling in the Age of Synthetic Humans, held at the campus’, Doheny Memorial Library. The panel was made up of leading robotics experts, professor of history at Stanford, Jessica 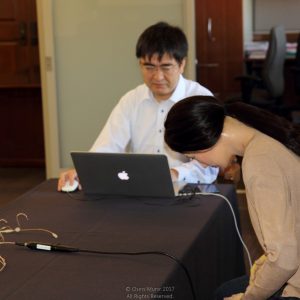 Riskin ( The Restless Clock), Director for Virtual Human Research at USC’s Creative Technology Department, and co-director of USC’s Computational Emotion Group, Jonathan Gratch, a recent Googlee who along with associate, Erik Schluntz, to pursue opportunities in the area of robotics and healthcare, Travis Doyle. 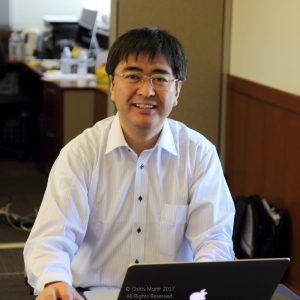 In general both Hiroshi and Yoshio, agreed that Japan is 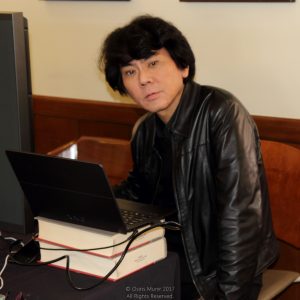 the lead in the area of synthetic humans. With so much information negatively spread largely by the West, it was absolutely captivating to watch the two explain how androids could be developed organically with thinking and feeling capability. Hiroshi heads the Hiroshi Ishiguro Laboratory as well as the, Intelligent Robotics Laboratory at Osaka University; his input on this subject is undeniable. Modeling a Geminoid, after himself and along with other robots shared their presence at the 2014 What is Human?, exhibition at the Miraikan National Museum of Emerging Science and Innovation in Tokyo. http://www.geminoid.jp/en/index.html. The Geminoid, appeared at a recent Ted Talk with Hiroshi. 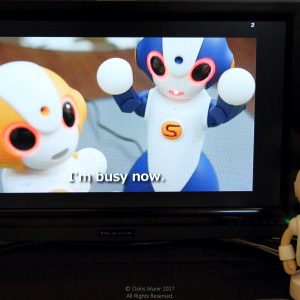 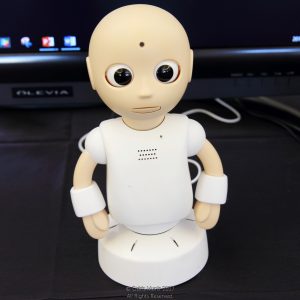 Yoshio a team leader, talked of having an interest and focus in the cognitive research of androids and his working with, ICT’s, Jonathan Gratch on a Service Robotics Research Team at the Robot Research Innovation Center at Japan’s National Institute of Advanced Industrial Science and Technology (AIST). He created the, Actroid robot. Overseeing 3 projects for (AIST) and other intense research Yoshio’s time is spent in and out of Japan as he takes time to impart 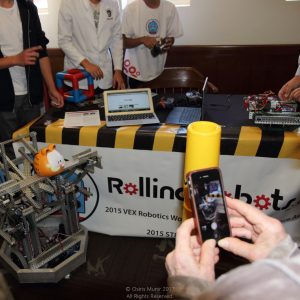 his knowledge and research onto US Campuses like, USC.  Both hope to instill the idea to Americans that androids need not be frightening and certainly could become the right arm of every human in need. With research in definite virtual human agents, androids are sure to be designed and developed into synthetics that are way beyond our expectations.

As, Yoshio and Hiroshi, pave the way for dramatic 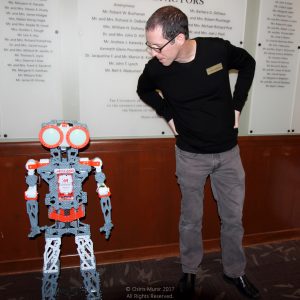 discoveries in the science of robotics and the study of androids, there are many advances being made in the marketing and promotion of them. Just like cars and other viable products made for our convenience, depending on what ones financial income is, each android can be purchased accordingly.

On the subject of the use and overuse of androids when it comes to dating and human relations, these androids not to be confused with mobile androids and have nothing to do with online dating applications or dating essentials. As, Hiroshi and Yoshio, prepared for their interactive panel they wanted us to know that their androids were made to support and live in harmony with humans and their interest is in understanding and learning about other cultures namely that of the United States to advance humanity.

We had a chance to meet, Meccano, a robotic ham for the camera and built by, USC’s Institute of Creative Technologies Department, Tyson Gaskell. Meccano, made a few hip-hop moves and told us a potato joke. 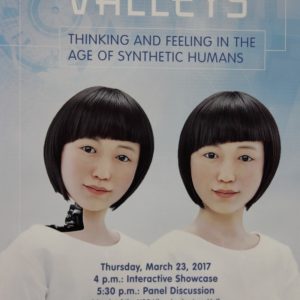 He was super cute and very cool with the crowd.

If ever there was proof that aliens do exist then androids are certainly at the top of the list and that cute guy, girl or other sitting next to you at the local, Starbuck’s could very well be a synthetic human all dressed up in your mom’s clothing.

For more information on USC’s Institute of Creative Technologies go to: ict.usc.edu