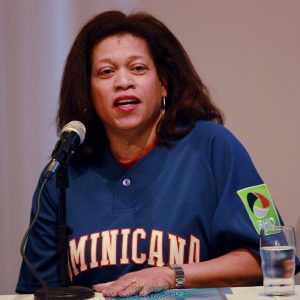 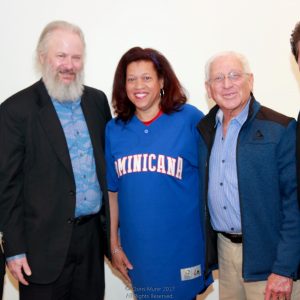 History Department and Chair of the Caribbean Studies has a specialty in the research of French and Spanish Caribbean with specifics to the Dominican Republic, Haiti, Cuba and Puerto Rico, welcomed faculty and guest citing a long list of accomplishments relished by the LA Dodgers who have since formed strong alliances with the Dominicans. The guests for the evening were the dynamic duo of Luchy Guerra and Artie Harris. Both appeared on the first part of a series of discussions presented by the UCLA Latin A 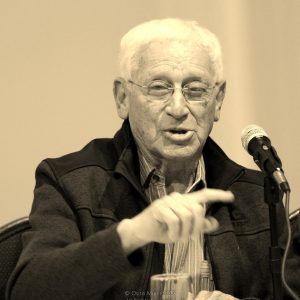 merican Studies Institute, the UCLA Caribbean Studies Program and the UCLA International Institute, entitled, You Can’t Walk off the Island: A Conversation between Dominican Players and Professional Baseball. 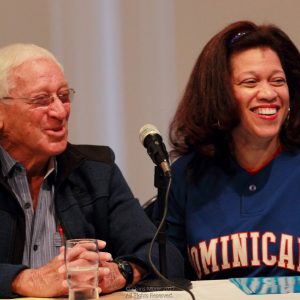 UCLA presents events like this throughout the year allowing for interactive cultural exchange and making an affordable, free to the public event listing which often only requires an RSVP.

Luchy Guerra and Artie Harris are by far two of the world’s most interesting people. Luchy’s humble beginnings began in her home town of San Pedro de Marcoris in Santa Domingo. Arriving in the US in 1984 as a foreign exchange student, then went on to become assistant director for international player development for the Los Angeles Dodgers and is one of few women in the field of major league baseball.  Literally she and her position grew together. With an accumulative body of training as immigration and assimilation development program director for Dominican players, this affiliation would position her to professionally work for the LA Dodgers from 1992-2008. It’s an amazing story and best told by Luchy herself.  Her accomplishments are too numerous to mention however they have earned her international respect, and through nurturing her own company, Athlete Live Management Group since 2008, this hot blooded Latina, as she calls herself, continues to help mak 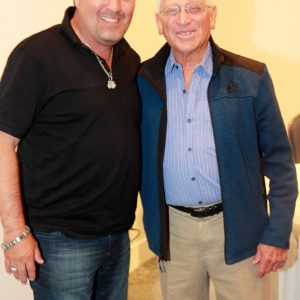 e the impossible, possible for professional players of the Dominican Republic to come to the US. 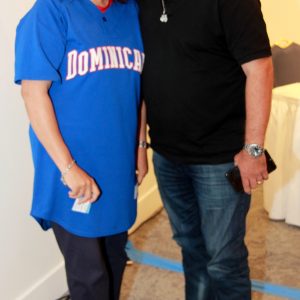 tie who after playing for four consecutive years, and in four positions for the Los Angeles Dodgers eventually becoming a center fielder and team captain for the organization; began to scout for the Dodgers in 1986, appeared as himself, in the movie, Moneyball, and after making the Dodgers stadium home the two met and eventually began to work together. 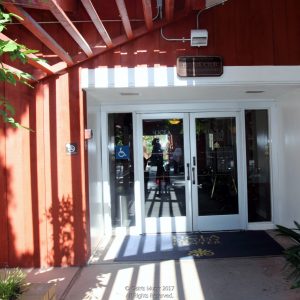 o be known as, Mama Luchy. For those like myself who knew little about sports and in particular Baseball the evening proved beneficial and a fantastic way to get into the game.  Each year, the major leagues scout for players. The primary way is to draft, which is done in June of every year. The draft consist of high school players, junior college players and college players from the US, Puerto Rico and Canada.

Posting systems are used in Japan, Korea and Taiwan.  Posting system in a nutshell and without going into detail comes about if a player is good enough to come to the US from an Asian country. The player tells the team that he wants to come to the US. There is a closed auction and all of the major leagues bid on this player. The commissioner office says, the Boston Red Sox won the bid for such ‘n’ such player, as Artie put it. Then the Red Sox offer to negotiate the contract with that individual player. They also have to pay his te 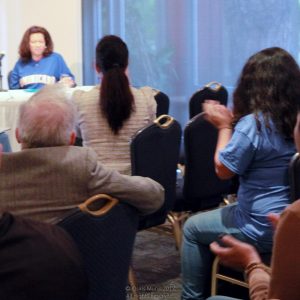 am that he is leaving in Japan, that same amount. So for example if the player negotiates a contract for $56 million dollars, the Japan team gets $56 million dollars.  There are no such agreements with any of the Latin American countries, starting from Mexico and South, so all the players from that particular part of the world, Artie reiterates are free agents and could sign with anyone. Now in the modern day any of the agents are in charge, if you will, to make sure that the players get the appropriate amount of compensation.

Luchy graduated for the University of the District of Colombia, and has professionally taken care of everybody from the major league office in NY to Peter O’ Reilly and Vince Scully down to the lowest level minor leaguer and she does it well, says Artie.

Luchy taught these boys, her boys as she calls them, how to bathe, read, write and make as safe of an adjustment from their home in the Dominican Republic to Los Angeles. Her undying commitment to serve a country acting as translator, going on to taking a position with the Dodgers and growing into her own company, Athlete Live Management Group since 2008, keeps her on all the way 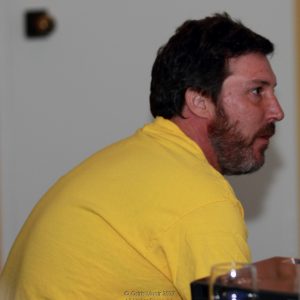 live and as her last name Guerra means war, she can be best found on the front line.

The Dominican Republic has more Major League Baseball players than any of the countries outside the US. Players Jose Garcia, Ricardo Rodriguez, Pedro Martinez and Raul Mondesi are a part of an elite group trained at the Dodgers Camp near Santa Domingo of where at least 35 players have come from.

Luchy and Artie are two of a kind and together have supported players like Adrian Beltre who Artie says with confidence that Beltre, at age 32 is still one of the best baseman alive. Luchy’s compassion comes from a natural collection of experiences with five other brothers and sisters who grew up for many years without the benefit of

electricity or gas. Her ability to bridge the cultural gap of players and their quest to become the best is largely in an outside box.  There are hundreds of potential future ball players who have yet to set foot in these United States and Luchy has made it her life’s work to make sure that they have every opportunity to do so.

The journey to freedom and success require people with big hearts, and that are much bigger than the island of the Dominican Republic. If life gives reward for these special hearts that can muster up enough strength and courage to match the world’s fastest moving baseball let it be said that Luchy Guerra and Artie Harris are indeed two such hearts beating at the same pace, and living for the one cause.

all photos taken by Osiris Munir.