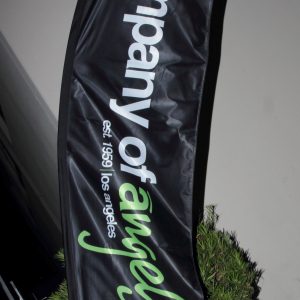 At the heart of the city within an arm’s range of flying helicopters, art galleries, fashion manufacturers and skid row lies to East of downtown a vibrant community known as Boyle Heights that is fighting to sustain the richness of the land and it’s story. In Boyle Heights through a parking lot entrance and a beautiful set of portable potty’s, stands a solid grayed building, which would go relatively unnoticed except for the fact that its inner doors lead to a theater with the most amazing 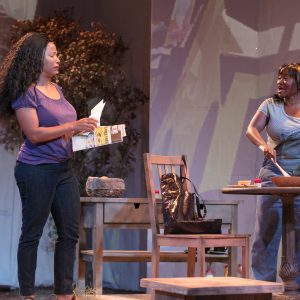 layout of non-descriptive staging that comes to life the moment one walks in the room. Company of Angels the oldest theater in the Los Angeles area of Boyle Heights has survived through much. The area formerly known as the Chavez Ravine eventually cleared the ravine in order to make room for Dodger Stadium. Boyle Heights fights against the dubious behavior brought on by gentrification. Founded by a group of television and film actors that included Richard Chamberlain, Vic Morrow and Leonard Nimoy in 1959, and with a strong visionary artist, writer, co-founder of Latins Anonymous and artistic director like, Armando Molina, the theatre is sure to continue its ongoing round of successes. Armando along with his partner in crime actor, (Fountain Theatre, Backyard (Echo Park Theatre), co-producer and director of COA ( Company of Angels) Richard Azurdia who also performs in the theater supported starting production at Company of Angels with the hope of giving voices and opportunities to the diverse community that lives under the 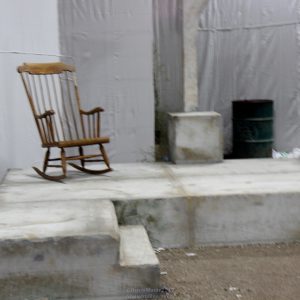 belly of the city. Hollywood is the only place that outsiders associate with living in Los Angeles. Ideally LA should be place that provides food for thought and offer sanctuary for theater addicts and future creative geniuses. COA provides and interactive outlet for those seeking a loving and caring place to express themselves and keep the tradition of the sharing of food and spirit

Although the broader media gives little or no attention to the theater, it does not stop a filled house 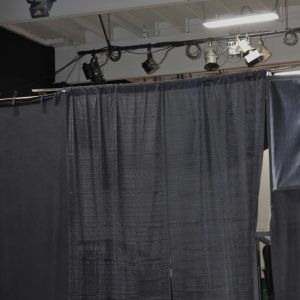 full of elegant people, community people, who are more than that, they make the theater come alive, and give it reason to exist. With the ongoing threat of gentrification Company of Angels 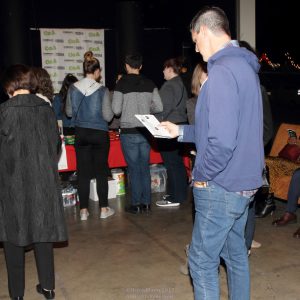 welcomes the same community that gives it sustenance with open arms and encourages its own. High profile media outlets like Los Angeles Hoy, Brooklyn and Boyle ( Boyle Heights local newspaper), Latin Heat and LA Opinion have done a great service in making sure that the activities that go on in their own backyard are publicized.

This Land, runs during the month of, October 20 – November 20, 2017, at the Company of Angels. It has received overwhelming response, and was written by playwright and the wife of Armando, Evangeline Ordaz. Evangeline comes highly acclaimed her career has garnered the former UC trained Berkeley-trained attorney, a full-fledged entrance into the world of theater and television writing. We were so happy that 15Minutes had an opportunity to speak with Ordaz a native of Los Angeles and meet her father, who is a professional photographer and who was kind enough to help to record our conversation. This Land, gives a true and accurate account of just what happened during the timelines beginning from the 1800-to present day to a land that would come to house African Americans, Mexicans, Native Americans and the Irish. In a brilliant and seemingly effortless task of performances a small crew of seven actors playing 14 characters and who come from the best of talent gathered from television and theater which includes the likes of, Niketa Calame, (Nala, The Lion King), Project Ambassador, (American Diabetes Association), co-founder, creative director of IV I II Studios which produces Impact Documentaries, Leshay Tomlinson Boyce, Insecure, (HBO) NAACP Theater Award nominee, ( MadTV), (People Like Us), Jeff Torres, (Criminal Minds, Telenova and Henry IV ) one of many of theater credits, Cheryl Umana (Latino Theatre Company, Artists at Play at LATC. Kaiser Educational Theatre and Johanna Mckay, (Circle X and the Rubicon Theatre).

Each of the actors played several different parts with Niketa Calame playing a male role, a clever 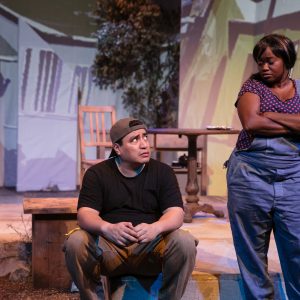 touch by the director and that left the audience mesmerized.
The city that is Los Angeles, its people, and the history of a multitude of cultures, is enhanced and highly respected by Company of Angels. The theater seeks to engage its communities that have residents of whom eyes have seem the change that happens in a city that holds the attention and residency of over 11 million people. They have seen the backyards of their ancestors grow to become the areas now known as Watts, Compton, downtown Los Angeles, Echo Park, Atwater Village, Exposition Park, Culver City, Beverly Hills, Los Feliz, Highland Park, and so on. Streets with Spanish surnames, La Tijera, La Cienega, Ventura Blvd. (a shortened version of Buenaventura) Cahuenga, La Brea, Verdugo Road. Aliso Street. Alameda Street, Centinela Blvd, Topanga Canyon, and the list goes on. Much of California, which historically, has been named after an Amazon queen, Califia was once inherited solely by Native Americans and Mexicans.

Evangeline talked about some of these areas in our brief yet informative interview. 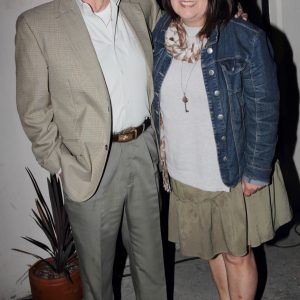 This Land , highlights the history of the Tonga Village which is now Watts. It covers the insanity that followed the confiscation of Native American land holders, and their culture. The project was commissioned by the Mark Taper Forum five years ago it talks and weighs heavily on human consciousness while leaning towards family and tradition. Food and music seem to be the binding element that has held these diverse cultures in balance while the elements of spiritual beliefs and an informative line of communication continues to permeate through each generation. 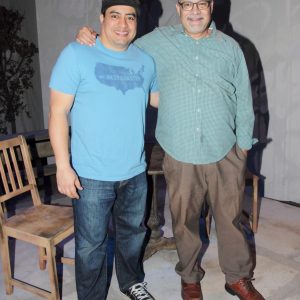 As Company of Angels continues to enrich, create, inspire and produce well written and performed productions, charitable donations are a huge part of how the theater continues to thrive. The support and love for what they do what they believe in and their plans to continue to spark interest nationally is something to be admired. Let’s be hopeful that their in-genius way of approaching history from a very broad perspective never fades and that the love of food and culture will continue to flow out of the mouths and from the hearts of each generation to come.

For more information on Company of Angels go to: www.companyofangels.org, email at: 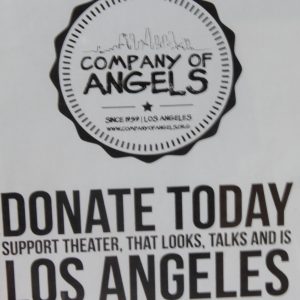 « Actor, Writer, Producer, Lisa K. Crosato Enlightens Us on What It Feels Like to Be Empowered
Happy New Year from Osiris Host of 15Minutes the Show »