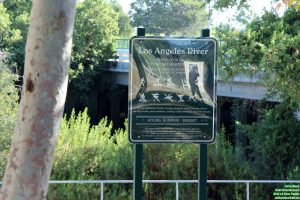 Directly underneath the 405 Freeway in Van Nuys, near the Balboa Park Soccer fields, lies a state treasure, known as

the Los Angeles River.  Over ten million years ago, the Los Angeles area was submerged in water. That body of water through a process of planetary evolution became the Los Angeles River. The river flows through a 51-mile stretch of the middle of the 2000 -acre recreation area of the Sepulveda Dam. The Sepulveda Basin, where the Paddle tour takes place, is the river’s most natural terrain.  San Fernando Valley and San Gabriel Valley mountain ranges developed out of these same waters. Drainage into the basin allowed for an array of colorful landscape, shrubs, forests, and dense woods producing a channel over-time now known as the Los Angeles River.  The LA River Paddle program transitioned out of a pilot program set up for at-risk youth and high school students by the Los Angeles Conservation Corps. 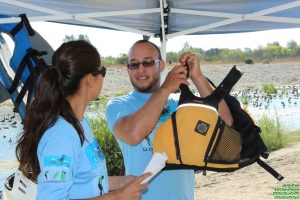 LACC and its partners, Pacoima Beautiful, Urban Semillas, and the River Project provide all of the necessary gear 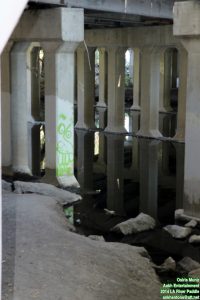 needed to make the tour. The river program opened on June 16, although tickets went on sale June 9. Through these partners, the Los Angeles River now has a new look, and a made to enjoy, vibe. For a bit of history, Los Angeles is a semiarid region, which only gets 15 inches of rain per year. An intensive innovative irrigation system allows the County usually dry, to maintain a comfortable climate. It also provides an opportunity for the natural stretch of the basin to get water from the surrounding mountains that receive more than 40 inches of rain per year. 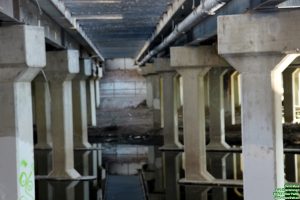 The Gabrielino Indians, one of the largest groups of Indians in North America, once lived and sustained themselves on the animals and plants that burrowed around the river. Although no one is certain of what the group called themselves, however, historically speaking they are the “Tongva.” These natives established a settlement along the banks of the river near where Los Angeles City Hall stands, over a, 1000 years ago. Missionaries designated the group Gabrielino, for the Mission San Gabriel, in LA County, which included a smaller group named the Fernandeno for the San Fernando Mission in the San Fernando Valley. Today’s Orange County, Santa Catalina, parts of San Bernardino and counties of Riverside were once that land that encompassed that Gabrielino territory. Two hundred Indians lived at the Yangna site, found by Spanish explorers in 1769, became downtown Los Angeles. Gaspar de Portola’ the first European to pass through the river named it, “Rio de Porciu’ncula.” Juan Bautista de Anza, led an expedition to carve out an exploratory route from Mexico to San Francisco, this route became a pivotal part for European existence in California. 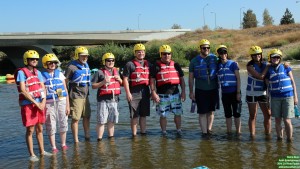 The river experience is one of interest to many tourist and locals, looking to escape the chaos of the city and get away to 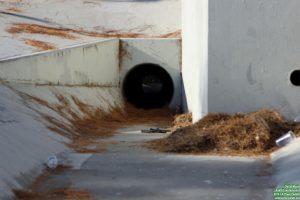 the natural rawness of the wild. Kevin Pike of KTLA’s Best Deals show had agreed take the trip, and do the filming, as I had never gone down a river, except for the time at the Russian River Jazz Festival in Northern California, wherein,  I screamed so loud that my friends just let me sit on the side and sunbathe with my feet in shallow water. They in turn had fun, kayaking. Every nightmare that could have been imagined surfaced in my head the night before so much so, that I barely got any sleep.  All I could think of was the scenes in both (1997 )Anacondo and (2004) Anaconda, The Hunt for the Blood Orchid,” . I could see half of my leg lying beneath the molded green and dark water. So much for getting my mind pumped up. I shared my fears of the river and water in general.  I was assured that I should have no such worries, no such fears and actually should expect to have a wonderful time.  Antonio and Josh, two of the guides on the trip, paddled for 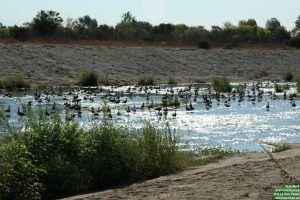 Kevin and I, and the arrangement of having two tandems worked perfectly for our story. Both talked about their experiences of being summer tour guides for the program.  We switched the camera lens from one tandem to another, often being shaded by the beautiful trees and tall grass known as “Arundo”.  The “Arundo” grow like similar to the Bamboo except, much thinner. It acts as coverage for the wildlife here in the river. “Monarchs, Tiger Tails, and different types of spiders, dwell deep within this grass like plant and there are several species of Herons, Josh said.” I asked both guys how they got into the program.” We started out as volunteers, and became so good at getting the youth to clean graffiti and keep the river clean from rain washed debris that collects onto the river, that we were hired to spearhead the summer tours.” Antonio comfortably seen from the camera’s angle now, face showed brightly, with the trees reflecting the rays of the sun shone from the highest point of the leaves, where the Herons made their nest. He came into the program because he thought the river so beautiful, and a treasure. Antonio said, “we teach them how to enjoy the experience. We help then with any equipment that they are using and we teach them how to conserve. We show the river to them and they love it, it’s a treasure.”  I guess that I could say, the experience was heavenly and it reconnected me , a southern belle, with natures finest, a river that you could easily stand up in and that is enchanting even during the nights moon.

The best thing that could have happened to this iconic region is the LA Conservation Corps.  The Corps has done a wonderful job at reviving the artistic direction of the river. In 1915, the Los Angeles County Flood Control District formed. Some of the early efforts included some channeling the basin and added reservoirs. It is the Los Angeles taxpayers, during 1917 and again 1924 to build the major dams. The 30’s, brought additional damage, caused by several, high-powered floods. After a request for federal assistance, the Army Corps of Engineers led in the channelization of the river in 1938. The project completed in 1960 forming a completely engineered fifty-one mile waterway. The waterway holds wonder for students and parents who wish to get away from the humdrum of daily life in the city. It shows a colorful and masterful landscape of a variety of birds, like the Heron and Egrets. Damselflies, dragonfly, ducks, killdeer, fish stilts and coyote who all make the 2000-acre Sepulveda Dam recreation area, their home. Nurtured and developed by both man and nature, the LA River Paddle 2014 assist students in learning new job skills, get an education on the concepts of conservation while, enjoying a peaceful and relaxing environment. 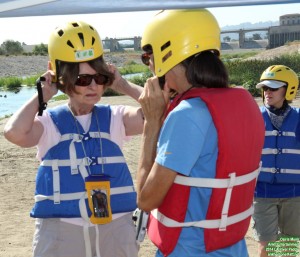 Tickets, usually sold out, but, due to extended availability of trips on the river, there are tickets available until the programs ending on September 13. The Los Angeles River calls to all who long for the calmness of the wild. It flows from the South towards San Pedro, offering a cool breeze that comforts even the most frowning brow. It offers a home for the weary and a comfort of heart, that only nature’s own self-made greenhouse can provide. For more information on the LA River Paddle Program, Los Angeles River and Los Angeles Conservation Corps aka (LACC) contact Mike Mena at mike@ileanainternational.com or at (310) 316-0612.   For references on the history of Los Angeles River,ladpw.org/wmd/watershed//LA/History.cfm

« Ford Amphitheatre Slaps High on Five as Alice Invites the Evolution of Belly Dance to Wonderland
NASA-Navy Days/Orion Test Are All About Safety, Intelligence and Precision »