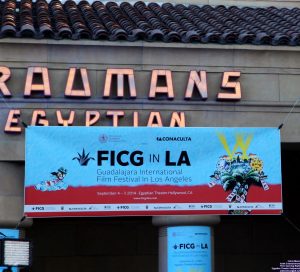 To say that the Guadalajara International Film Festival also known as, FICG, is the most colorful festival held in LA, all 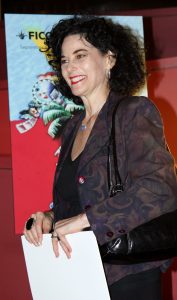 year, would be an understatement. This year’s award and screening festival  the 4th for FICG, drew from a culturally rich film roster showing FICG’s true intent as a rising cultural phenomena.  FICG  is dedicated to highlighting contemporary Mexican, Latin American and Ibero- American cinema and is quickly gaining international attention. Flavored with a list of hot and spicy films specifically catered to the Latin community.  Directors, Producers’, and cast projected an aura of confidence in their various story- telling, setting film plots that give all audiences an opportunity, to be emotionally engaged. For the 2014 line up, the International Universidad de Guadalajara sponsored event, delivers the goods in high definition.  Creatively, the images and graphics used for this year’s fest, attracted both a wide spectrum of media, Latin icons and an interesting urban mixed -crowd to the lovely Hollywood based Egyptian Theater. Thinking ahead, the event kicked off with an early morning press conference held on Tuesday, August 19 at the Egyptian as well. This bold action proved to be a smart and courageous move on the part of the festival’s producer and director, Hebe Tabachnik, building up a generous amount of excitement, between FICG media announcement and the events opening. The 2014 FICG screenings will run from Thursday, September 4, through Sunday, September 7, with Friday the 5th being the premiere opening. 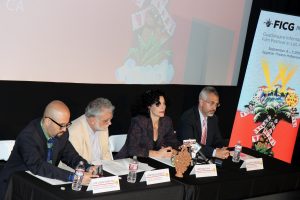 For the opening night gala LAS HORAS CONTIGO , translated as ( THE HOURS WITH YOU) will make it’s US premiere. 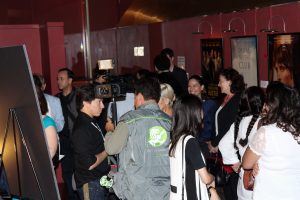 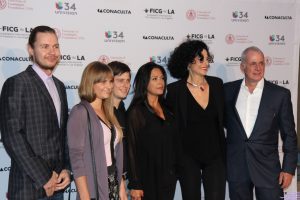 actor), of En el Ultimo Trago, (One for the Road). 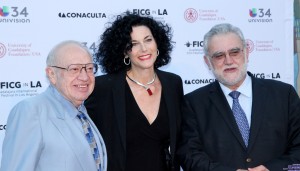 The finest and outstanding work of Award winning actors who showcased an array of winning titles from  this past FICG29, were seen back in March 21-29, 2014 in its home of Guadalajara. The LA event is an extension of Guadalajara’s International Film Festival. A lovely buffet sat waiting for those fortunate enough to have received an invite. The University of Guadalajara Foundation in the United States and Conaculta presents FICG in LA. While IMCINE, UNIVISION including the University of Guadalajara are FICG LA’s presenting sponsors. Started by a group of students of the University, since 1986 FICG has presented annually in the City of Guadalajara which is the capital of Jalisco, Mexico.. FICG is one of the largest and most influential film festivals in the history of Latin America. Hebe, the festival’s director,  remains committed to educating filmmakers, creating a forum to showcase their work, and offering a legitimate channel for filmmakers all over the word to express themselves. The two programs offered to filmmakers  are TCG ( the Talent Campus Guadalajara) and Guadalajara Deculab. Should 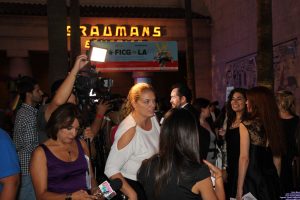 there ever be a list of film festival honorees to receive the coveted Oscar, then FICG would surely be at the lead.  Their 100% 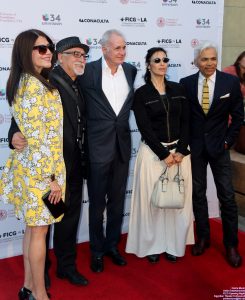 philanthropic donations based on collecting box office sales from yearly premiere galas, are channeled back into impoverished and economically challenged communities. These activities clearly help to continue FICG’s commitment to improving the quality of life for at need groups of Latin America. The globally recognized festival attracts ethnicities from all over the world and invites them to have a direct experience with the makers of film and its diverse components from the countries of Portugal, Spain, and Latin America. Fortunately, the actors and producers travel with their film projects giving attendees good reason to return each year.  Moreover, it helps to insure that all understand that the valuable support FICG offers social causes is of the highest quality, and offered by a big heart stained with the purest of intent. For more information on FICG 2014-2015 and history of its inception visit ficg.mx or contact Hebe Tabachnik at

hebe@ficginla.com. NOTE: THE VIDEO POSTED ON YOU TUBE AND THIS BLOG IS IN ESPANOL ONLY.