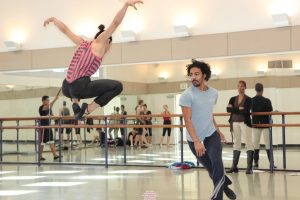 When City Ballet of Los Angeles’ founder and artistic director Robyn Gardenhire says jump, her dance company literally replies, “how high.” In the middle of a major production, Gardenhire who studied professionally makes no bones about pushing and not stopping till everybody gets enough. If you’ve ever seen the infamous,  “Nutcracker”,  hold on to your undies, you’ve never seen it performed quite like this before. Using the classic soundtracks of Duke 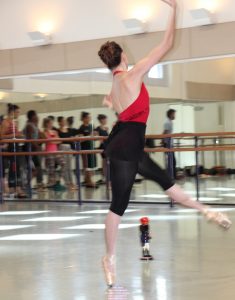 some serious damage when it comes to combinations. Boy, girl combos, girl, boy, and some boy-to-boy, and girl-to-girl, combinations make for strong visuals and some heavy interference as Robyn’s well -trained dancers, righteously, worked the 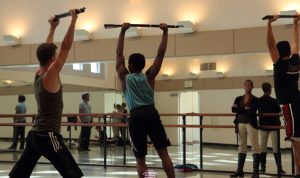 piece every, which way that it could be. 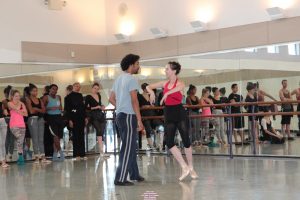 Set as a period piece during World War II, staged in the Hancock Park area, the Gardenhire has come a long way from her humble childhood upbringing in Compton. Even my feet were one and a two-ing it, as my fingers although cold, snapped in unison with the music. 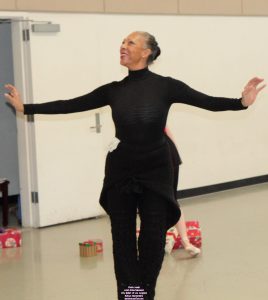 The camera rolled into a perfectly plush circle of movement unyielding in its interpretation of this holiday classic. Robyn along with her Josephine Baker avatar, Sloan Robinson, rehearsed vigorously for this Friday, December 19 and Saturday, December 20, showings at the 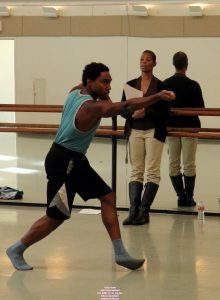 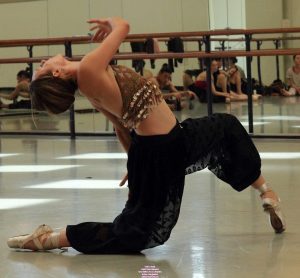 Set in World War II in Hancock Park no doubt, “Nutcracker Swings”, does a radical job at making one feel as if they are in that time. Gardenhire developed the idea of placing the vibrant choreographed scenes in some of Los Angeles’ most prestigious venues back in the 40’s.  Let’s just say that matching Coltrane to Johann Sebastian Bach in a live setting, fine tuning a delicate blend of classical and contemporary music; clearly shows the brilliance of the CBLA founder.

CBLA studios, is located in the colorful confines of the 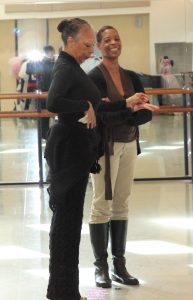 Red shield Youth and Community Center at 1532 West Eleventh Street, just west of downtown, an unusual setting. Surrounded by schools, Los Angeles’s LA Live, The Regal Cinema and the Staples Center, City Ballet holds its own and shows some serious staying power for an area that not so long ago, had no landscape direction or even pretense about what it would end up looking like. For Robyn and her actor, singer, dancer, instructor, director and avatar Sloan Robinson, the truth lies in watching the growth of the generally disadvantaged, the overlooked regardless of culture and ethnicity students who, have gleam in their eyes, and work very hard while enduring personal distressful circumstances.

Gardenhire’s career in dance and the performing arts 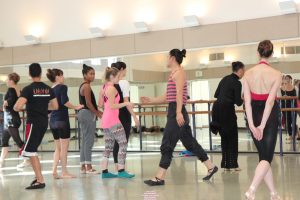 should not be taken lightly. Famed star of the choreography and dance world, Mikail Baryshnikov or Misha as close friends call him, chose Robyn to participate in his White Oak Tour. Another goody landing in her lap, as Baryshnikov’s, White Oak choreographers, Lar Lubivitch and Mark Morris, worked with her exclusively. It should not have been a surprise that Gardenhire placed in a key position, established American Ballet Theater’s diversity

committee, which came to be the catalyst for introductions of diverse cultural groups to the idea of classical dance through their “Build a Ballet”, program. In addition, those same students received scholarships to study at the sprung Marley floors, high ceilings, dressing rooms and waiting area in the state of the art studios of CBLA. Gardenhire’s stay in the US and travel abroad gave her global insight into various artistic programs and in 2000 these insights developed into the now known, “City of Ballet Los Angeles”. The year 2003, captured the essence of Gardenhire’s bold momentum and the CBLA studios made their Bing Theater debut. Not bad from a girl, now woman, from Compton.  Like the rapper Kendrick Lamar, says in his song, “Compton” featuring Dr. Dre,  “ain’t no city quite like mine”. 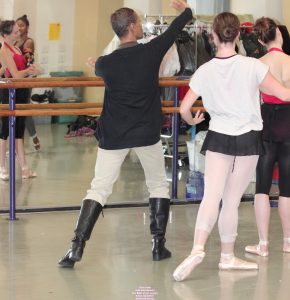