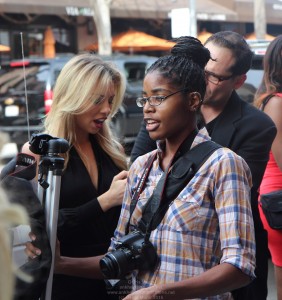 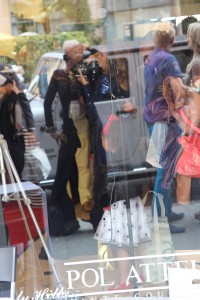 In the land of Beverly Hills, where the sidewalks were all aglow with the days glitz and glitter of the soon to come and go, Oscars, famed Haute Couture Designer Pol’ Atteu, greeted his Haute Suites visitors with International models, special celebrity guest and a host of media sponsors and attendees. For over 25 years the designer has cast his high end tailored dressings  on the likes of Betty White, Dyan Cannon, Denise Richards, Jodie Sweetin (Full House), Carolina Bacardi ( Bacardi Rum), Timberlee Chanel ( Grey’s Anatomy), Lauren Velez, (Dexter) and was friend and personal designer the late, Anna Nicole Smith and actually guest starred in Smith’s reality show. The private event held at Atteu’s international boutique located in the very center of Beverly Hills, made it a quick access for Oscar goers. 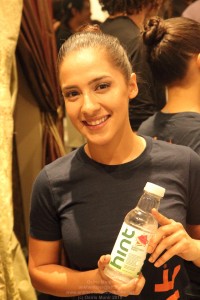 Patrik Simpson, a highly respected, successful, and accomplished photographer, hosted the high-fashioned gala. Sampson who served as President of the MAAI ( Modeling Association of America International) credits include high profile appearances in Star Magazine, US Weekly, In Touch, a People Magazine cover, and the Los Angeles Times. His, “Network International Models and Talent” founded in 1990 worked markets in Tokyo, Milan, Paris, Athens, Berlin, Barcelona, Taipei, Mexico City, Miami and New York, with discoveries that have garnered national success in commercials, billboards and magazines. 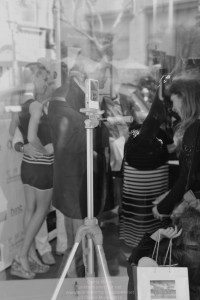 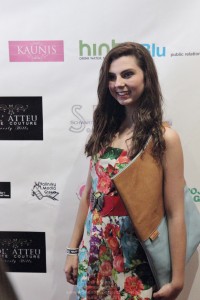 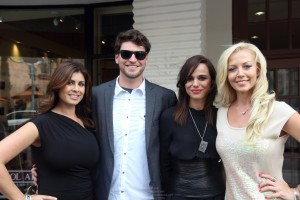 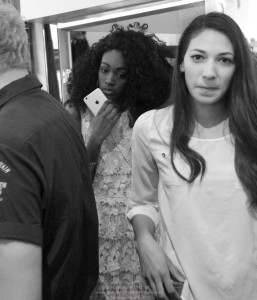 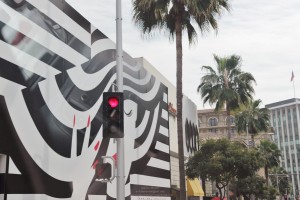 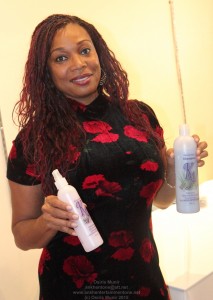 hand was partner in crime and prime honey- drop, for the day’s roving eyes, Mix Mag’s, videographer, Bennett Rustad, who I grabbed as a hang with, at the last minute.  Mix Mag, a British electronic dance and clubbing magazine published in London, England, is dedicated to DJ’s, and mixers from all over the world. 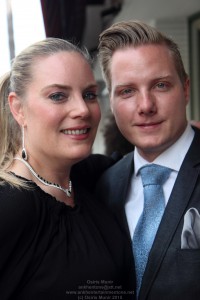 We laughed, we aw-hawed, we looked long and deeply into the eyes of sponsor, Project Green. Project Green’s mission is to motivate and inspire a “Project Greenspace for Future Generations” , Project Greenspace presents an annual, “Back to Basics” summer camp for under-deserved children and teens with focus on the building of self-esteem, and awareness of the environment. Greenspace encourages healthy lifestyles using a basic nutritional program, exercise while incorporating, vigorous and fun activities 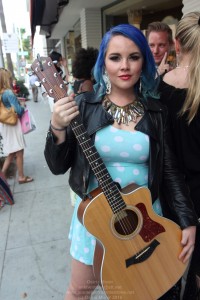 It was a fun day, and the 4 blocks that lay ahead, curved around a part of Beverly Hills that is not likely to be noticed and was our destination. Mix Mag’s Bennett Rustad and me sat, ate, called it a good day, and smiled.