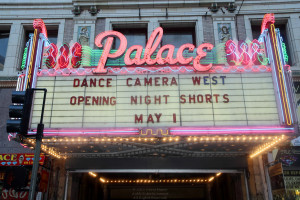 Dance Camera West has been consistent in its profiling the need to incorporate dance into daily life. In this year’s 14th Annual Dance Media Film Festival celebration, the non-profit Los Angeles based organization boldly presents its performances at various locations throughout it’s six day run. The event is open to the public and incorporates live dance with film and moving images. 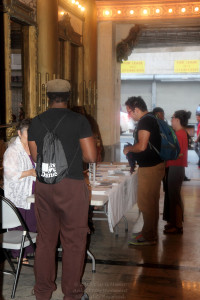 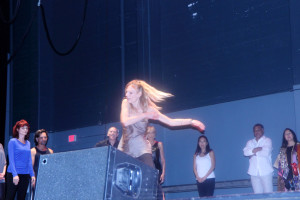 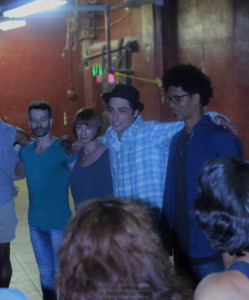 The public has the opportunity to call upon 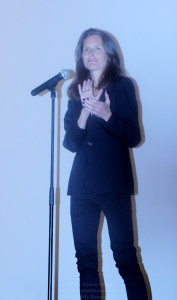 their inner dancer and interact with DCW. The dance community can collaborate and expand the circle. The performers are of a variety of ages, sizes, creeds and culture and bring their own authenticity to the table.  Each dancer presents a short repertoire of his or her own brand of dance. The audience remains awed as each move and each image held in position by each dancer, captivates.

I had a chance to speak to Tonia Barber, whose untiring effort as Executive Director has pushed DCW towards more media driven opportunities. We spoke about the need for public support for a venture not yet recognized as a necessity. There was concern Tonia said about the general public’s expectation of receiving free tickets however, without ticket buyers, DCW would not and could not exist. As conversation focused on the highlights of the celebration, the companies warm up happening beneath the bellows of the Palace Theatre proved that the essence and spirit of dance were alive and well each performer connected to the other heart 2 heart. “With a low budget, we have to be creative with our ideas in order to keep our fingers on the pulse of Los Angeles and its performance community. Dance is something that is captured best in a live performance, Barber said and the best thing to do is to buy a ticket and show up.”

Jacob Jonas is founder and Executive Director of “The Company” which Jonas started. Dance Camera 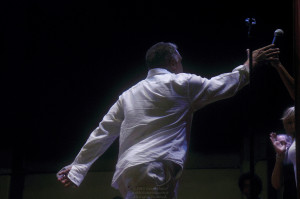 West overall mission is to seek partnership with community based choreographers, dancers and performers. Additionally, Jacob started a program called “Cameras and Dancers”, for dance lovers and their supporters. Jonas expressed his notice of sports figures, musicians, and actors affording much more attention than the medium of dance. I could feel the deep pain that resonated from his mouth as he voiced this concern. We have to support dance and know that it is just as important as any other form of creative expression. In dance, each person is as equally a part of the group as he is an individual. 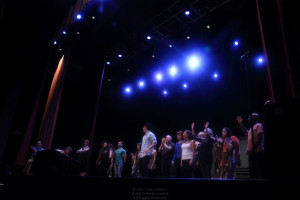 When Don and I do contact and Improv, we learn about each other, you can know people and never get to know them, but in dance, you can know someone in five minutes. Where else can you find an  Executive who dances with a founder and owner.

Don Goldstein Executive Director and five-year dancer of Jacob Jonas’, “The Company” had this to say,” dance is a major human 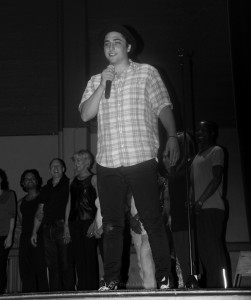 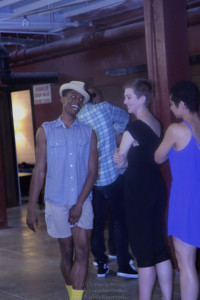 activity. It has been lost especially in this country. Most support sports because it’s something that they can participate in. Also, most believe that they can’t dance and therefore, don’t even give themselves the chance to enjoy it”.

Meanwhile, if you want to check out the Media Festival’s remaining schedule, ticket information, and future events, visit www.dancecamerawest,org. www.jacobjonas.com for further information on “The Company”.

After all, you should be dancing, Yeah…