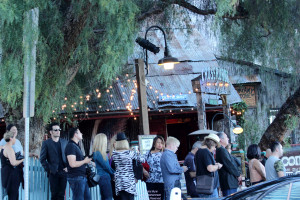 After falling flat on my face cracking both the lens in my mainstay Canon, I lay flat like a long wisp of deer fuddle stretched out on concrete. I grabbed my left cheek for a quick inspection, looked over arms for any outstanding bruises, and proceeded to grab a second zoom from my bag, which suddenly looked smaller after the fall.  This past Wednesday night at HOB, otherwise, known as the House of Blues, the BOMPOP Radio Launch Party took on its own special brand of allure. The night wind was a bit cool however pleasant like we know that it can be and in West Hollywood, the cool and subtle wind from the West found itself amongst friends and family. 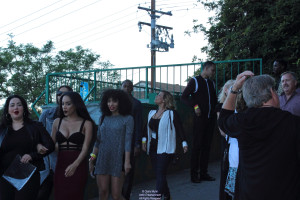 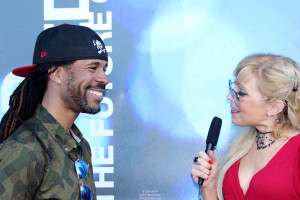 The House of Blues historically has been a long- standing landmark in the area and was the go to for many a hot new talent who stood tall with head held high hoping for their one big break. On top of that, there was promise that one could showcase for the industries top notch gate k 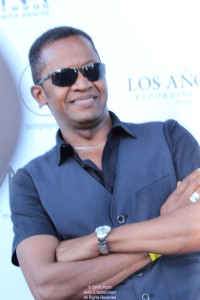 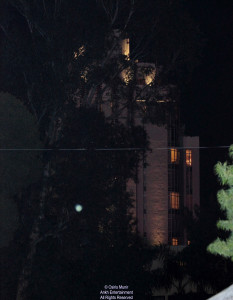 This year’s 2015 HMMA ( Hollywood Music in Media) in association with Dash Radio, Skee TV and the Los Angeles Recording School Academy showed us the what’s its and the whose its, when the highly publicized event hosted over 300 people. Hard 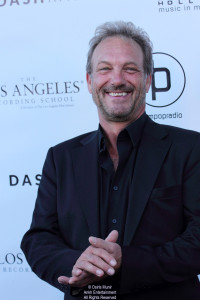 workers for the cause to be creative, upcoming and established artists, rallied behind BOMPop and Skee’s TV call for recognition. Not to mention that entertainment icons, Verdine White and Ralph Johnson, the original Earth Wind and Fire, were on hand to win a well-deserved,” Lifetime Achievement Award”. Although brother and founder Maurice White, did not attend, one could feel deep flushes of “Gratitude” for their many accomplishments. The crowd was ecstatic when they showed up on the scene and some hip-hop favorites like Redman and the legendary rapper, producer, Battle Cat followed closely behind, completely blown away by their nestled closeness with the shining stars. 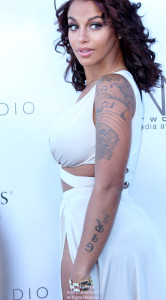 Executive producer, Brent Harvey HMMA Awards founder, is the first to say what things looked like then and how they are now. Harvey has seen and sat at tables with the best in both business and talent. Like his circle of friends of entertainment, who made their way to the other side of the learning curve, HMMA is the baby, now reaping the benefits of fruit coming to bear.  As the carpet, color of choice in red stood out amongst the side buildings and well-polished landscapes, memories of 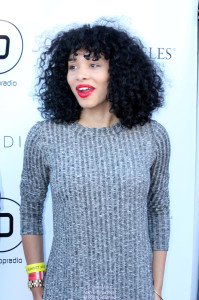 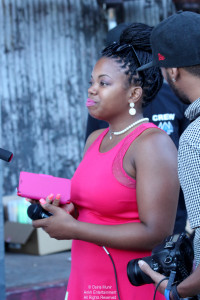 early Hollywood flooded my mind. There was a time that one had to stand in line for hours, enduring harsh weather at times, sleep deprivation, and attacks of deep and bellowing hunger to see their favorite celebrity. Tonight the line continued to grow longer has stars and their gazer counterparts morphed themselves to gain access to the exclusive line for talent spot. Soon there were miles of multicolored flesh in straddled from one end of the outside terrain to the House of Blue’s doors opening. 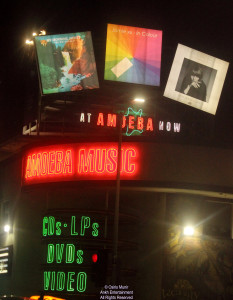 Crowds begin to form and soon there they were, the 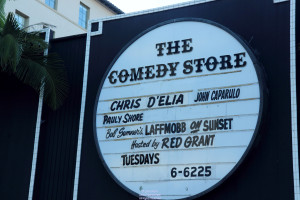 words,” step to the side Ms. you have to go on the other side of that table”. What ever happened to prestige? I patiently searched for media caretakers. Shortly after, I got the eye from BOMPOP and HMMA media rep, Kiki to follow her down to the designated spaces. As I moved I walked closer in, I could clearly see that there was a long row of zipped pants, cropped hair, firm hand’s and broad chest men guarding the front line as if their very lives depended on it. HMMA Awards pay homage to the folk behind the scene the unsung heroes who glisten brightly behind the stars who brighten up for the public. Working tightly with team of talent experts, Ray Costa Executive PR/ Artist Relations, Costa founder and President of Costa Communications brings his coat of 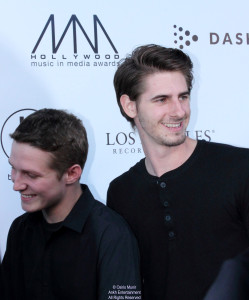 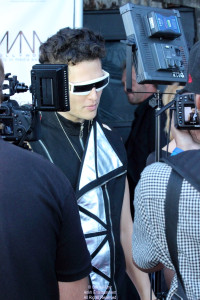 accomplishes to the table working forward from Universal Music, SONY, and Thump Records. Acclaimed film projects such as MOULIN ROUGE and SIN CITY and specializing in every aspect of media and marketing promotion make him the right fit for HMMA.  There is always a bit of luck needed even when one knows all of the right people and has the all of right connections. HMMA’s Luck Media & Marketing headed by PR Media Marketing connoisseur, Steve Levesque, took to the task of making sure that everyone had the space to be creative and insure that there was continuity in theme and audience engagement. Without the constant motion of social media how in the world could all those people smart and friend their way to the event without the assistance of HMMA’s Content Producer and Correspondent, Jeff Dunlap. I guess having a solid background working for top corporate communicator’s ATT 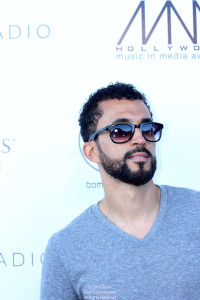 HMMA staffers got skills too. Would you believe that they not only made sure that names and titles were announced, they were also hand written, just like in the old movies. That made the participants like Producer, Josh Stevens, CEO of Flight Entertainment, artist and guitarist, David 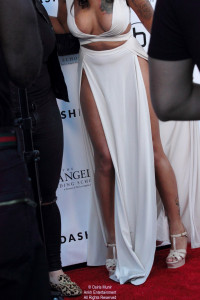 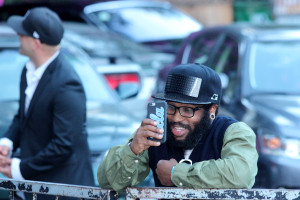 d HMMA Nominee, Lader de Aik, Apollo Night LA Radio personality, Karen Sims, recording Artist, Tristan Starchild, actor, Ben Cho and artist, Vice-Versa happy to give some up some sustained and rechargeable energy to all of the loyal ones.  I particularly got a kick out of 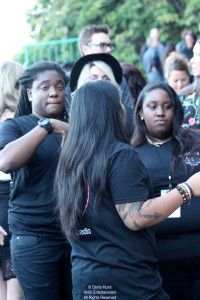 names like “Fleetwood Magneto, who is an artist songwriter, the fact that his colors of choice for the evening were in harmony with the Magneto character of the X-Men, had to be completely coincidental.  Jay Z, wasn’t there however, extended his inner family and crew to us with the lending of his drummer of choice, Tony Royster, Jr. An eclectic staging of all sorts of creative types with their branding of names, even Manly Rain of Nickelodeon gave us the now infamous, derriere side view. There were so 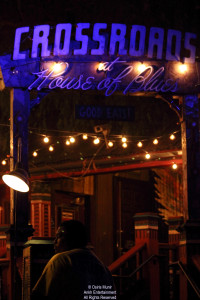 much available talent with hopeful promise that there are too many to mention. I giggled at the training of the new regime, the torch carriers, and bearers of legacy type talent.

I met the artist “Butterscotch”, who absolutely has a look so cute that she looks edible. There were the writers, producers, singers, managers, and the, “ I can do anything entertainers”. The people behind the scenes gave of their service and I felt that my presence as a photojournalist and creator of content meant something.  The Los Angeles Recording Academy trainees gave their time, their youth, 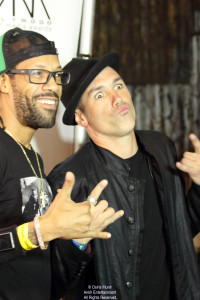 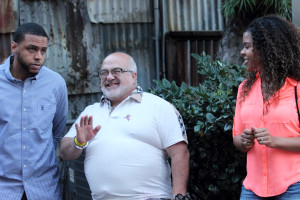 and their livelihood to hang with the galaxy of human flesh, designed and made up to brand for the highest bidder and for those who have the most appealing situation. The purchase of talent and the RSS (Righteous Soul Seekers) feed off t 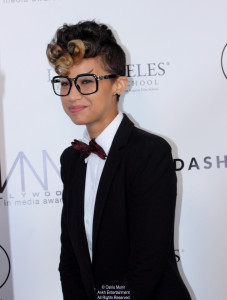 he living can be quite lucrative as it is a two- way deal between the talent and talent buyers.
With the shifting of the 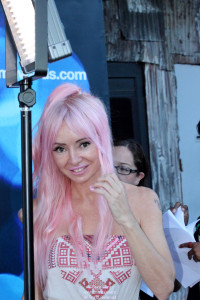 times, as old becomes new and the world goes round still, “ I have to say that I do believe that the mouths of all children should absolutely be fed.