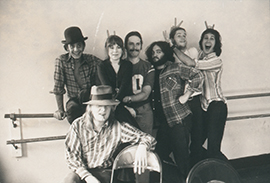 Director, Douglas Tirola sheds light and gives insight into the rise fall and resurrection of the National Lampoon’s legacy. With vocal inserts of the beginning of the Lampoon by founders  and graduates of, no doubt, Harvard, Doug Kenney, Henry Beard and Robert Hoffman. The threesome licensed the name, “Lampoon”. On the Harvard campus a searchable location wherein soothsayers dwell, underneath the nose of campus guardians, the National Lampoon was born. I loved the covers and going on Telegraph Avenue in Berkeley, California looking to see what the newest Lampoon cover looked like and hoping that the latest artist album covers had the energy to match.

Having that young, fresh, and cool energy help to spread my wings, seduced me away from love magazines and gave me a sense of stepping out, away from the pack, which is when I had my first taste of radical publishing. The vibrating echoes of the Panthers instilled pride in my being black, Creole and female. I felt alive, and despite the nasty racial tensions then and still felt today, I began to read the Spook Who Sat Behind the Door ( Sam Greenlee), Isis Unveiled (Madame H. Blavatsky), Catherine Ponder, The Bhagavad Gita, The Urantia Book (author unknown),  Iceberg Slim’s, Portrait of A Pimp, Nature Knows No Color-Line ( J.A. Rogers) and the National Lampoon. 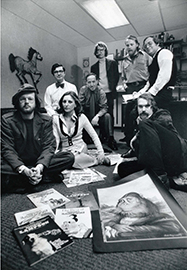 From 1969 -2002, the Lampoon and all of its entities, scraped nerves, started shit and ultimately became 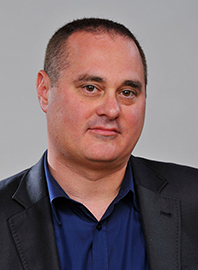 America’s eccentric pop culture. In April 1970 and owned by Twenty First Century Communications, the National Lampoon became the first magazine to emerge out of a small group of Harvard squires who identified as Lampooners.

Why the public would expect college students to do anything other than present an array of satire that would span the grid of current political and social themes, follows no line of reason. It is also uncanny that some of those same political issues are just as prevalent in 2015 and have yet to be resolved. During this time and what seems to be an never psychological imprint mimicking tactic globally is that the National Lampoon was founded by educated white boys, with elite families that could afford Harvard, not the usual suspects ala the poor, urban, rap, hip-hoppers, thugs and street urchins. These new get high rollers had big balls, wealth, and voices that would not be smoldered by race, religion, or matter of thinking. Rebellion against the system seemed to be a constant teaser on the Lampoons carefully thought out news articles.

The rest of the country never saw the National Lampoon coming until they were already up close and personal. With the most gifted writers w 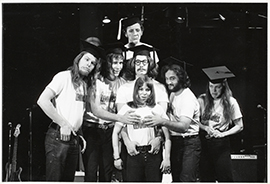 ho had no problem putting things into a sure to get your attention style, the National Lampoon found itself in the thick of controversy and radical change, and that’s just where they wanted to be. The covers of the popular magazine began to become more humorous and even more satirical after  the hiring of Michael Gross in November 1972.  He is most famous for the image of a dog with a revolver to its head with the caption. “If 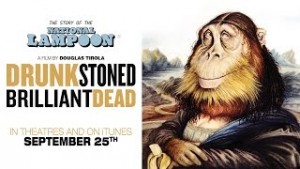 You Don’t Buy This Magazine, We’ll Kill This Dog”. With this new strategy of clean, polished images and not being politically correct, the Lampoons appeal grew even stronger.  A year later after a successful run of the magazine the off -Broadway play, “National Lampoon Lemmings”, the staff came up with the idea of taking the Lampoon’s style, and over the top parodies  to radio, premiering the National Lampoon Show, starring John Belushi, Christopher Guest, Bill Murray and Gilda Radner along with a few selected others. This radio debut became the thrust for the 1975 off-Broadway, National Lampoon Show. Notice that all of their plays were off-Broadway.  Things seem to be perfect with subscription sales at an all-time high, peaking at 1,000, 096 all due to the ‘74” cover, “Pubescence.”

Producers’, Susan Bedesa and Douglas Tirola and a host of talented writers and Executive Producers, and other staff attached to this documentary gifted us with an accurate timeline and luscious images following the up and down cycles of Lampoons history and leading the viewers eyes to a wonderful story telling adventure. The film features quips by John Landis, John Weidman, Judd Apatow, Matty Simmons, Meat Loaf, Michael Gross, Michael Simmons, Michael Sullivan, Mike Reiss, Peter Kleinman, P. J. O’Rourke, Rick Meyerowitz, Sam Gross, Sean Daniel, Sean Kelly, and Tony Hendra. Interviews were tight, precise and to the point and included the likes of Billy Bob Thornton a fan, and a fellow Lampoonist. Actor, Kevin Bacon broke his career after his debut in National Lampoon’s Animal House. 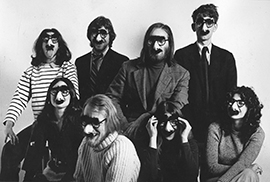 like Anne Beatts, the first female editor for the magazine. Janice Hirsch followed, who with her gift of gab got the all-male staff to let her onto the long list of staffers wanting to work for National Lampoon. Landing a role on the , “National Lampoon Show”, “Lemmimgs’ and eventually became writer for, “Square Pegs”, Anne Beatts television show starring “ Sex in the City’s”, then age 16, Sarah Jessica Parker. “The Nanny”, “Frasier”, “Will & Grace”, and on, and on, and on. Beverly De’Angelo got a part as the character, “Ellen Griswold”, on the, “National Lampoon Vacation, “franchise. Judith Belushi-Pisano became writer, graphic designer, artist and biographer to late husband, John Belushi.  De’Angelo moved to NY became the Lampoon’s art assistant blossoming into associate producer for the National Lampoon Radio Hour. Presently Pisano is in collaboration with Anne Beatts and Dan Akroyd on a drama series pilot. Sherry Flenniken, a major contributor to the Lampoon 1972-1990 sat as editor for two years and created, “Trots and Bonnie”,a lighthearted satire of an adult world seen through a wide-eyed precocious girl child and her talking dog. Sherry solicited the best-known cartoonist for the National Lampoon, eventually co-writing the screenplay for, “National Lampoon Goes to the Movies”. Saturday Night Live, which drew writers, Anne Beatts and Mick Donaghue from the Lampoon was as defiant as the original Lampoon. With a brilliant anti-establishment cast, Saturday Night Live thrust the Lampoon back into the stinky box. First, how dare they boldly cast a female, who was the late and sorely missed Gilda Radner and then somewhere down the line a young, fine, and exceptional funny man, Eddie Murphy. 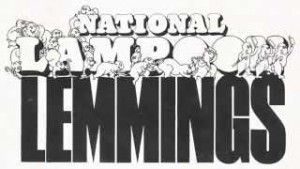 In 1978, P.J. O’Rourke becomes editor-in-chief and the National Lampoon continues its cycle of Lampooning. Shifting to 1985, the magazine begins to slide downward in popularity and proceeds to publish on an anytime we get it done schedule, thus The National Lampoon Vacation written by alums, John Hughes and directed by Harold Ramis.

The American populous of radicals and nosey up tight asses, displayed erratic behavior.  The National Lampoon acquired by actor (Otter) in the National Lampoon Animal House, Tim Matheson and Daniel Grodnik, who became co-Chairman and co-CEO. In 1989, the magazine had begun to quickly descend leaving in its wake a league of drug and alcohol infected staff, writers and friends. With new owners Matheson and Grodnik, a shift from New York base to Los Angeles made way for the Lampoon to carve a new path focusing on film and television.

After the big move to Los Angeles, the National Lampoon sold the rights to its name to J2 Communications who are the current owners. Waving the white flag of surrender the historical National Lampoon issues its last publication although the name continues to be used as a franchise out to others. 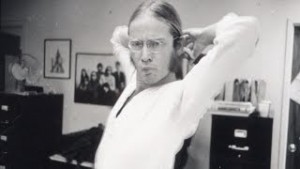 Gone are the days of outspoken illnesses, they are now replaced by chills of fright, which bring forth a politically correct or not correct desire to regurgitate its own language, grow its own culture and make do with the static bacteria leftover by greed. The National Lampoon if but for a short time gave us an out

, it gave us a feeling of fuck yous expressed in the best possible way, gave us a high that no joint can touch and a perfect cover at all times as a perfect tool to out ourselves. As Lampoonist (followers of the National Lampoon) it was our duty to use our brains and think for ourselves.

The National Lampoon played a major part of a revolution that was not televised and that kept everyone sitting on the couch every Saturday night, with a joint, a glass of wine, a beer, a Pizza and some buffalo wings.

Drunk Stoned Brilliant Dead is a reminder of how we use to be, bold, arrogant and full of self always with a humane cause at hand and a swift sense of possible defeat at the other. As we grow from a country of teens to one of adult’s one-thing remains, true:

IF YOU DON’T GO AND SEE THIS DOCUMENTARY WE’RE GOING TO KIDNAP YOUR PET ROCK,HIDE IT UNDER YOUR PILLOW AND LET IT SHED LARGE PIECES OF GRANITE BIG ENOUGH TO HIT YOU UP SIDE THE HEAD SO DON’T FUCK WITH US-WE CAN DO IT…