There is a saying that goes, “if you know me you love me”, such is the case of meeting Hair Designers Studio of Santa Monica owner, 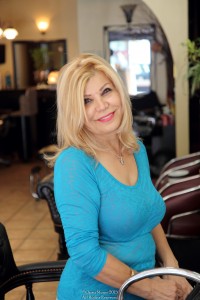 Fahimeh Betts and manager, daughter, Reyhaneh. Reyhaneh is aka Rey to clients, close friends, and family. Hair Designers Studio is a dream come true for the mother/daughter team and the story of how it all came to be is just as riveting. 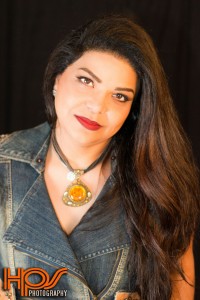 At age 21, Fahimeh had already reached heights never dreamed of owning five major salons and traveling worldwide to countries like Europe, France, and Germany making her presence felt wherever she was. The 35 year long, business owner made her way to the United States with the idea of testing her skills and talent while using aged old secrets of wisdom about the industry of beauty and the men and women who seek to have it. During the time while Fahimeh visited the States with so much on her plate and seeking to stabilize her brand, in Iran a revolution brewed. Fahimeh being unable to return home at the time got word that the revolution had affected businesses there, hers being one of them. Thinking quickly on her feet and being a woman possessing both brains and beauty, she set up shop by starting a salon in Beverly Hills. The salon as suspected became successful at that location for five years ½ years. The decision to return to Europe and her homeland of Iran gave the self-starting entrepreneur a year to two-year run. The revolution quickened leaving Fahimeh and her family devastated. The professional salon owner had to again, face the agony of making a better life somewhere outside of Iran. As tears welled up in Fahimeh’s eyes, she spoke softly of how she had to leave family, but even more-so she had to leave her daughter Reyhaneh, who is her heart, behind. The return to family and her child would take five years. 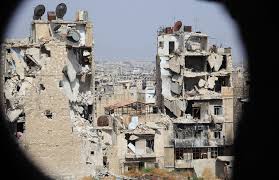 This took courage, Fahimeh a fighter and survivor, having a never give up spirit, had to make it, and show that America could become home to her family as well as, a haven of wealth, knowledge and success. Attempting to leave Iran, Fahimeh found herself encumbered with the burden of how to reb 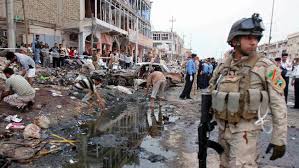 uild if possible. Meanwhile, back in America she owned property in Pacific Palisades and as suggested by her Bank officer at the time, who advised her to own such property in order to build up credit. As she recalls, she attempted to leave Iran, and was not able to do so due to the revolution and the confiscation of her passport and ID.

Entrusting someone here in Los Angeles, Fahimeh asked to have her mortgage paid by a friend naively signing over access to her account, with holdings of $100,000.00 dollars. With no one to pay the rent, her salon went into foreclosure. The fortunate thing was she had a green card and Visa for travel back and forth to the US and 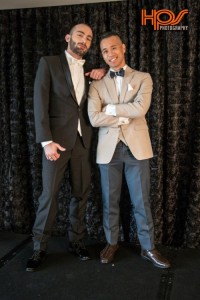 abroad. Fahimeh who had no family in the States had grown accustomed to traveling alone with the appropriate identification.

After returning to the U.S, she landed in Philadelphia and purchased a Thomas Guide for maps and directions to various cities in the country. Arriving in Los Angeles, she decided to distinguish herself with a personalized brand of her own.

Upon her return, and taking a taxi with just $100.00 in her purse, she arrived at her home in the Palisades and found that the key did not work; this was the sign that she no longer had property in her 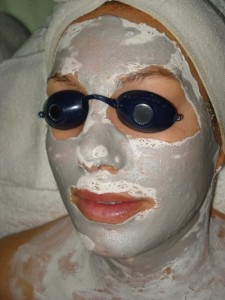 name. No one had paid the mortgage. This same property is now worth six million dollars. After finding out about the key not working and with nowhere to go, Fahimeh walked up and down on the coast all night as all of her credit cards lay locked in the banks safety deposit box, or so she thought. On the next day Fahimeh went into
Brentwood to rent an apartment, the property owner asked for cash however, 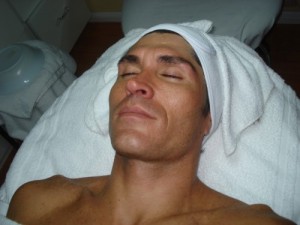 she had money. Upon arriving at the bank, Fahimeh had yet another let down and found that all of her money and possessions that had been left in the deposit box were gone. 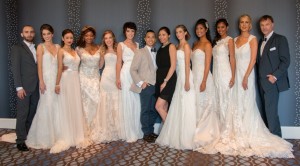 secured a job at a Bob’s Big Boy a local restaurant/coffee shop in Santa Monica. Working flexible hours from 6AM-9AM, Fahimeh with success as her focus got a second job as a hairdresser from 5PM-6PM, and from 7PM-12AM, she was a host for a Mexican restaurant. “That was my life for two months,” she said, I was sleeping only 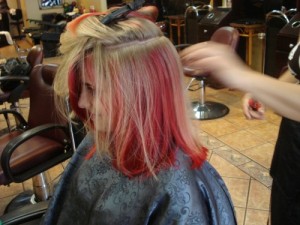 three-to four hours a day. After looking for a salon in the area, she found Hair Designers Studio a location that she calls home for 28 years and counting.

“The area has changed a lot Fahimeh says, because of gentrification,” which happens when an area begins to shift due to the economy causing a shift in cultural influences and migration. 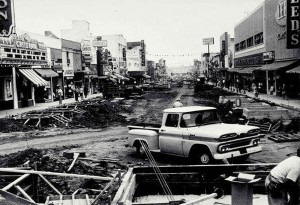 The still gorgeous beauty says to never give up, “if I can do it with a language barrier and different culture, so can you. I was able to bring my daughter to this country, and adopt two sons; one is a doctor, and the other an engineer, if I can do it, anybody can.”

Fahimeh and daughter Reyhaneh, have expertise in skin and hair care offering private services for celebrities and others of notoriety. Rey specializes in color, make-up and hair design and people come from all over the world for HDS (Hair Designers Studio) services. A Princess of Dubai needing the kind of special tender loving care that only Hair Designers Studio can offer recently visited asking for Rey. With a stellar 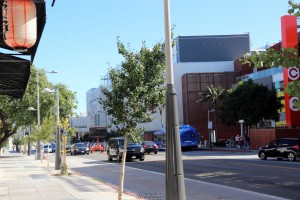 reputation, HDS treats all who walk through their doors, with dignity, respect, and honesty. Fahimeh is a wizard at design leaving Rey a professional colorist and make-up artist for over 16 years to manage the salon. Her specialty if you like beautiful sleek and silky, is Brazilian hair straightening. Facials, waxing, nails, and full services are what one can expect when visiting this lovely location, which sits 2-3 blocks from the Pacific Ocean near the famous Santa Monica Promenade. 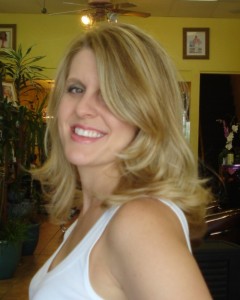 flexible hours just in case someone is having a bad hair, nail or skin day. In addition, there are times that HDS have bags and will travel to a location, if a client is seeking a more personalized touch and 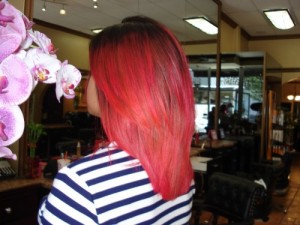 is in circumstances requiring privacy. If the salon needs to close for high-end clientele there is no problem working salon hours around these types of diverse situations. Services are by appointment only.

As Fahimeh says, “we want all to know that we are willing and ready to give the best service that their money can buy, including presenting lovely trays holding Cappuccino, fresh fruit and fun snacks that are healthy and nutritious.”

Now that’s the kind of treatment worth traveling for.