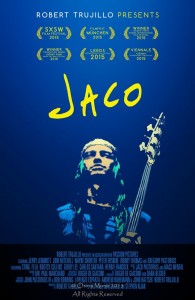 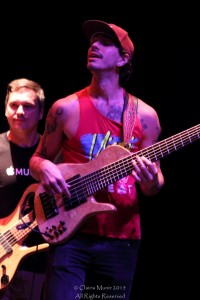 Grammy winner, bass expert, and founder of the musical fusion known as, Souler Energy, Jerry Jemmott. I say magically because although knowing of Jaco in connection to Weather Report and a plethora of other artist, I didn’t feel that I knew him personally until after meeting Jerry.

What shines forth in an admirable way is the detailed amount of attention and care that went into the Robert Trujillo produced “Jaco” Documentary. It is also good to see a documentary produced by other artist who had an up close and personal experience with the famed player not an intellectual excursion. Nothing wrong with intellect however, one has to feel Jaco Pastorius. He is impossible to analyze unless an intimate connection came out of a smile or, a quick glance he threw your way while hearing him emit his talent. The Pastorius effect as an art goes beyond the intellect and steps outside of the realm of reasonable thinking. After viewing the screening and hearing more about the accomplishments triumphs and losses in his life, it became imminently clear that only those who actually knew him could tell his story. 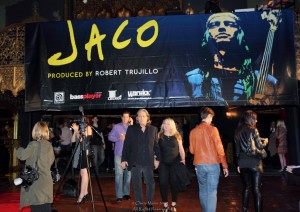 normal structure. Most have difficulty holding a steady job as well as just trying to exist on such a dense planet. Pastorius as one musician said, is deserving of placement alongside of Picasso, because of the things that he found to do with a Bass, and he most definitely elevated the game.

Jaco called Jemmott, Gerald because of how Jemmottt’s name appeared on a billing statement made when he recorded on BB King Albums. Jerry interviewed Jaco in the year of 1984 and noted that Jaco made him workhard in order to get concepts and ideas about how to use and play the Bass in a dif 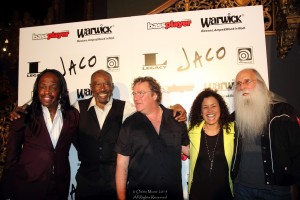 ferent way. Jaco was crossing over into another plane a 4th or even 5th realm of artistic presence. He had touched upon something that was incomprehensible to normal ears and barely comprehensible to trained ones. Jerry took what Pastorius shared on the possibilities of using the bass and deepened it. 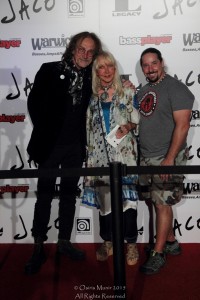 Jaco had taken the bass as an instrument, and given it extension by using it as a spiritual application of self. He had turned the bass inward as an expression first and then finely tuned it so that it became more than an instrument; it became a vehicle of spiritual expression.

When a player’s instrument becomes the beloved, the relationships closest are the first to suffer. When an 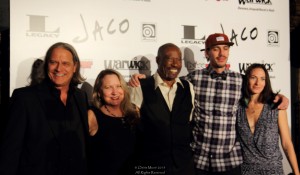 art envelops an artist, leaving an undefined trail perhaps an isolated sense of loneliness, detachment and a longing to merge with a deeper part of self becomes a constant reminder of imperfection. This nurturing of the lower ego can become self-deceptive and lead one to self-destruction. In the case of an artist like Jaco who had crossed over from artist to the supra natural realm of self, there was no way out. Warner Music Group, Epic, Columbia like most labels generally sign an artist to an agreement and ask them to create a viable and sellable product over a set amount of time. 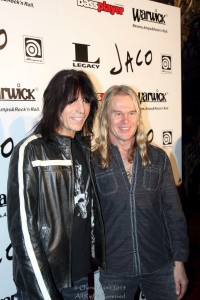 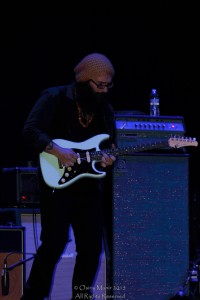 If Jaco had made it to the now, and assuming that his music would have evolved the internet’s You Tube would have blown up his next level shit. Labels create the void that comes with signage leaving a space for infection to take hold and root inside of the rawest part of a man’s nature, his heart.  Rejection can be overwhelming in many ways dependent on how the artist or talent views him or herself. Jaco could bend his thumbs back, and as a musician became well rounded enough to command the playing of Bass guitar, drums, double bass, piano vocals and steel drums. With such a large volume of raw natural talent to contend with, Pastorius must have constantly remained in a physical state of exhaustion.

While one can claim that one knows the most intricate thoughts of another, this could not possibly be a true analysis. One can only assess intricately what others allow one to receive. Jaco Pastorius had become the Omega Man an altered state of persistence. His working with Pat Metheny, Bootsy Collins, James Brown, Herbie Hancock, Joni Mitchell, Blood, Sweat and Tears, Flora Purim, Airto Moreira and Lenny White amongst many sealed his fate labeling him the best all whilst adding additional pressure. 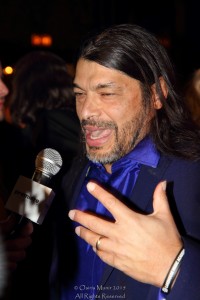 for leading a band and he became an expert at toddling with 16 note finks, lyrical solo-ing and playing the bass without frets.

Jaco Pastorius became an inductee into the “Downbeat Jazz Hall,” of Fame in 1988 one of only seven bassist honored in this way and the only electric bassist to hold this title.

To say the least Jaco Pastorius lived his own truth, refusing to conform to the narrow boxes erected as delusional stop points of success and set as such in order to attempt to bottle up unbridled talent. His music now more than ever is as poignant and as rich as ever. To witness Jaco and feel his undeniable sense of ardor and comfort in his own skin is shall we say an effect well worth the intangible bliss that it entails.