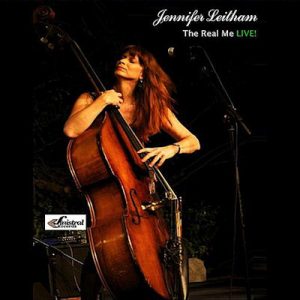 Several years ago, and much to our surprise we met the alluring and left handed upright Bass player, Jennifer Leitham. It was late afternoon, and we were just hitting the exit 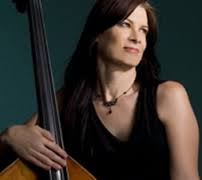 doorway out when a phone call came in. Buzzz, beep, buzz, beep, yes, you wanna go and cover, an “I Stand Corrected,” documentary about a transgender, I jumped at the opportunity. Actually,  if you have ever had the opportunity to see Jennifer perform, it’s as if you’ve been touched by Southern California’s smooth Santa Ana Winds. Ah ha!, now back to the word alluring an overused yet undeniable descriptive implying seduction, mysterious, magnetic, deep and yes beautiful.

The album,“Mood (S) Wings,” which Leitham says is her finest ever is dedicated to her sister who, now deceased was diagnosed with severe bi-polar disorder. “Mood (S) Wings” mimics the experience of this bi-polar experience and set the pace of the album to be reflective of this. Jennifer’s musical rites of passage to fame are heavily influenced by jazz greats like Edgar Myer and Oscar Pettiford. Pettiford himself was able to play the upright as if playing the Cello. This gave Jennifer a particular kind of aura, while performing with the likes of Mel T orme and the dynamic, Peggy Lee amongst others. Leitham seemed to light up as she began to talk of strings and finger placement on the stringboard of the upright. The physicality she mentioned has nothing to do whether one plays with one hand or the other, it’s what’s comfortable to the artist. Being 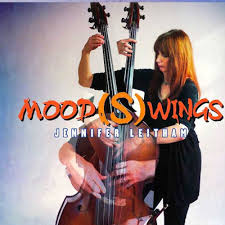 ambidextrous, Jennifer started out playing to one of her favorite groups, the Beatles and more specifically Paul McCartney who played 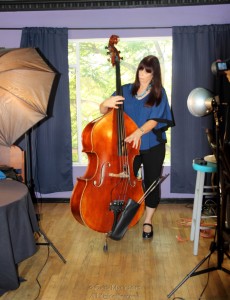 the bass left handed as well.

Leitham is so led by her strong sense of self, that “Mood (S) Wings,” can be heard as profoundly eloquent while aggressively being boldly quiet. As an album it swings, and has a vital and honest chart appeal. It is a collectors and general jazz enthusiast dream. The talented Ms. Leitham has a mastery of style shining from deep within and the grace and delicate delivery of a seasoned songbird.

During the interview, the name Caitlyn Jenner came up, Leitham whilst shyly tucking her head and 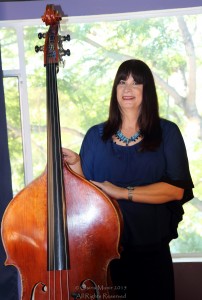 with a hearty light chuckle says, “ I don’t usually like to say anything bad about someone and I think reality TV shows are the lowest.  I don’t watch them but well I didn’t like the way she appeared for her first cover on” Vanity Fair”, in a diaper, this objectified her and trans people never look to objectify themselves. Caitlyn has garnered deeper concern and some attention to the LGBTQ community because of her celebrity status.” The uniqueness of being transgender for Leitham is a two edged sword. On the one hand, society has come round to seeing things in a broader perspective; on the other hand. that perspective is still in need of broadening.

We had the good fortune of capturing a bit of Jennifer’s blow-by-blow, adaptation of how to play the bass 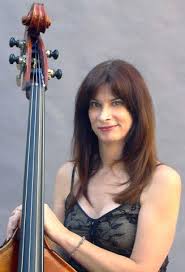 with either hand. As her hands, ran up and down the strings the practical approach that she used shows us just how sophisticated the upright bass can be.

Jennifer after visiting and performing in Europe increased 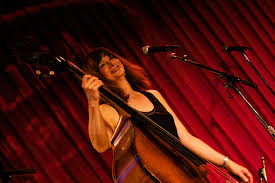 Jennifer’s, “Future Christmas”, “Winter Wonderland” gave us all a head full of unforgettable memories and a heart filled with “Glad Tidings.”