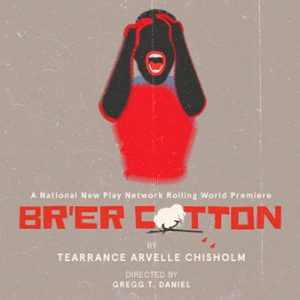 Br’er Cotton presented by, the 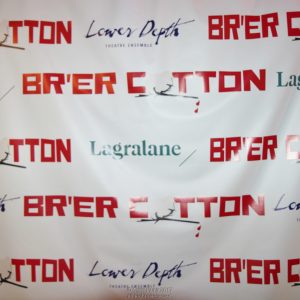 Lower Depth Theatre Ensemble of Los Angeles, written by both the Rosa Parks Playwriting award, the Lorraine Hansberry Playwriting award winner, Tearrance Arvelle Chisholm and directed by recipient of the NAACP Best Director for the International City Theatre’s production of Fences award, Gregg T. Daniel gives a torrid account and a painful reminder of what racial injustices can do to scar the delicate inner sanction of the human heart. Cotton, a natural product made profitable by man and used as a conduit marketing tool gave way to many moonlit conversations held under sweltering heat in the Southern parts of the country.
The highly acclaimed, Los Angeles Critic’s Circle nominee, staged in the room of West Hollywood’s Zephyr Theat 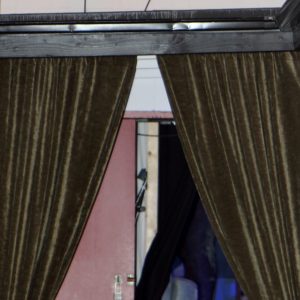 er offered slick lighting with made for mosquitoes strung backdrop an anatomical layout of what appeared to be homespun cotton to conjure the mood for the Rolling World Premier set to run until October 29th. Despite the laws of Lynching, Virginia and during a time when cotton mills provided work for a number of southern families, steady work places began to slowly decline one by one leaving a once vital and job source filled land desolate and vulnerable to gangs, thieves and 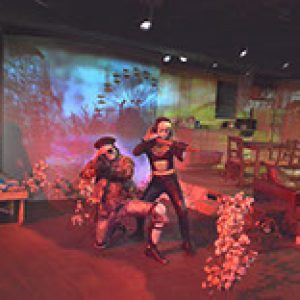 murderers.
Enter Ruffrino, played by actor, Omete Anassi, a young black male age 14 who takes a militant stance against white people while engaging in an online social media combat game with like minds. The game is played by a seemingly vicious and angry character who without fear slings the word, nigger, out at Ruffrino each time the game is played. Ruffrino who swirls a cascade of similar racial slurs back like, I hate white people is encouraged by an online female friend to hold back on lashing out against the agitated opponent. Meanwhile he gets a pep talk from his friend in order to help him to understand that he need not stoop so low and that race should not be a dividing factor against people of different cultures. Fueling the fire 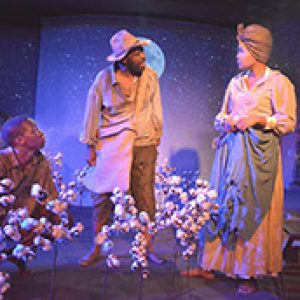 As the story continues grandpa, played by Christopher Carrington, uses a form of southern dialect to share his delusions and persistently laments about how death lies right next to him every day and comes round regularly to try and take him off to the grave, gives Ruffrino a history lesson on family pride and cotton picking.
Ruffrino’s mother, Yvonne Huff Lee is the major bread winner in the home with none of the men working. After his mother is caught studying late hours after work to be a pre-nat nurse comes clean to her white male policeman employer she and the employer begin to form a closer personal bond while things get heated up at home by Ruffrino’s personal 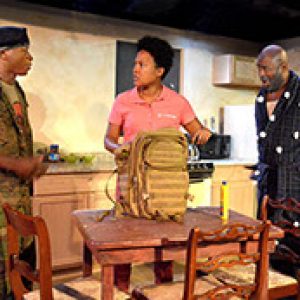 revolution.
Ruffrino gets a personal invite from grandpa, who just loves to spin long tales on the subject of the family legacy and how Ruffrino’s father was from a long line of specially selected cotton pickers, who took pride in their work. After an argument with his mom and the death of his grandfather, Ruffrino is left with a feeling of hopelessness and despair while his mother begins to gradually confide more of her personal thoughts and feelings to her employer. Ruffrino angrily storms out of the house leaving the mother with no other recourse; except to pick up the phone and call her employer who has given her the ok to call him at any time, if she should need to.
The story ends tragically with Ruffrino who after finding out about his mother’s friendship with the policeman plans to head off to the latest area of where the publicized killings are taking place. The policeman receives the message left by Ruffrino’s mother, and in an effort to help his new found friend hurries to the house finding Ruffrino agitated with gun in hand. A final plea to Ruffrino by the policeman to do the right thing leaves the audience in awe as Ruffrino’s gun fires off leaving the policeman dead. 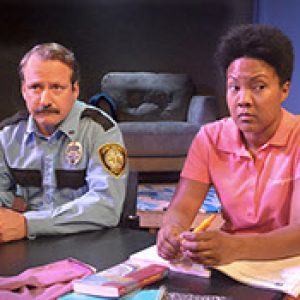 While it may be very likely that the alarming rate of black men being placed in dangerous settings where they are confronted by police is largely unaccounted for, it is important to remember that Black Lives Matter is a movement that arises from a need and service and when each one of us can truly say that all lives matter; then harmony can reign upon the planet and moonlit skies can be used to carry waves of more pleasant conversations to anyone willing to listen regardless of the color of their skin.
Br’er Cotton runs Saturdays and Mondays at 8PM and Sundays at 3PM until October 29, 2017. The Zephyr Theatre is located at 7456 Melrose Avenue, Los Angeles, CA 90046. For reservation and information visit, www.lower-depth.com/on-stage or call 323-960-7787.