The Academy of Motion Pictures Arts and Sciences held a captive audience at the Samuel Goldwyn Theater for the 15th celebration of Real Women Have Curves. A resounding circle of hysterical laughter came from both the audience and the panel.

Talk about kindred spirits, the case could be heard that women of color do indeed get along and can party together very well.

Special guest included the Mariachi Lindas Mexicanas who were not only cute; they were really very talented and it was far beyond the scope of women who sing.

These women sang and played instruments all together and on time. Lupita Infante, granddaughter of famous Mexican vocalist and actor, Pedro Infante. 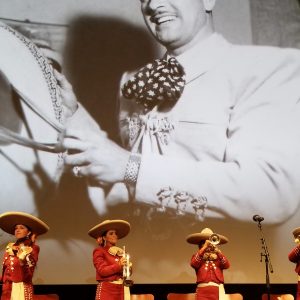 Quite the entertainment for the evening and with a crowd that couldn’t seem to get enough, the Goldwyn theatre continued to deliver one goody after the other.

With an introduction by Academy guest curator and Academy Award-nominated documentary filmmaker, Lourdes Portillo who shared with an open heart her expectations of the making of future films that address the problems and ongoing issues of Latin women and all women of color. 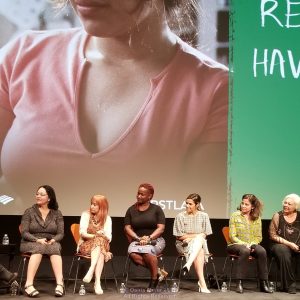 The like Real Women Have Curves movie was a ground breaking film that successfully gave actor, America Ferrera a lead role at the age of 17 while making it’s way into the loving arms of the rest of Hollywood.

The moderator, veteran entertainment publicist and expert at strategized marketing, Ivette Rodriguez, promised that she would keep the rally for women to have equal positions in the Wood and continue to fight for significant change in Hollywood that would not just include women of color but to actually make them a part of the daily thoughts of Hollywood’s elite.

Then there was the magnificent 8, who made up apanel of a diverse range of curves that seemed to lay over a softer blanket of astounding mental agility which housed a tremendous volume of talent.

Then actor, Patricia Cordoso, brought up the subject and question of how America lead actor on the movie felt about taking her clothes off in front of a plethora of production crew.

So as America began to explain to the panel attendees were tickled and with raised eyebrows, asked how America was unable to take her clothes off because she was so shy and had her period on the day of filming. The movie’s Producer, Effie T. Brown citing America with a few, “yes you did’s”, and “no let me explain this is the way it really went down. At some point during the conversation, one could have sworn that this gathering of intelligent female species were so comfortable and natural with each other, that it was like watching grandma make southern cornbread while adding that special ingredient called love, it could only be shared between folk that always show up for the weekly coffee and tea hang out at Peggy and Tee, Tee’s house.

help to clear things up a bit, Everyone had a great time and as things continued to spiral upward including the tales, told by each woman that shared their experience of working on the set of Real Women Have Curves, It was interesting to see how at 15 years later we all had the opportunity to see the movie and to look at it with a fresh pair of eyes. 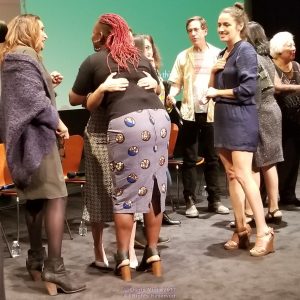 As the evening drew to a close the active voices of all women there grew louder and clearer, it seemed as if for only a moment, that all voices from all over the world joined in together to become the one. 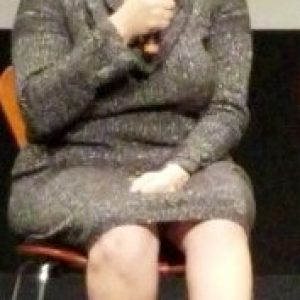 For more information on the From Latin America to Hollywood, Latin Film Culture in Los Angeles visit:

Real Women Have Curves image provided courtesy of the Academy of Motion Pictures Arts and Sciences.

« Br’er Cotton Gives an Old but New Story a Sanctified Makeover
Actor, Writer, Producer, Lisa K. Crosato Enlightens Us on What It Feels Like to Be Empowered »