Actor Richard Sarradet is best known for his ability to morph from one character to another. His best and earlier works including his three years on the set of General Hospital as Howard Lansing and his many roles on the show, “Knots Landing” gave him lots of fuel to create the kind of life that other creatives can only dream of. Having a natural curiosity and an open enthusiast for independent thinking Richard applies acting to life goals while delving into highly organized and investigative productions for Dark Matters Radio show on KGRA. 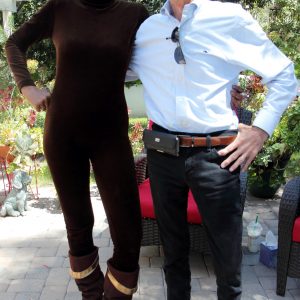 As co-host with one of the country’s most provocative and sophisticated paranormal researchers, and former police investigator Don Ecker, Richard is a dedicated and ambitious when it comes to the subject.

With an assured and self-confident smile, he then says “if you try and go up against Don Ecker, you’ll lose”.

Sarradet gives up some juice on his stay on television, what prompted him to become a part of  the Dark Matters Radio Show and how the US manages to avoid the subject and its perspective followers. A critically acclaimed show Dark Matters interviews and invites an interactive audience to ask questions and receive exciting and factual information on UFO’s, Lunar and paranormal activity from top experts in the field.

Richard Sarradet who born in New Orleans crafts a story that intentionally wraps around his many experiences with the paranormal, abductees, military censorship and the US Government who uses its muscle to divert public attention from having a naughty eye. 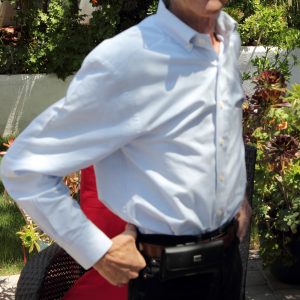 As a producer, writer, and promoter of UFO themed projects Sarradet continues to inspire and connect with global audiences giving deep insight and providing useful information to those who have interest in the UFO and the paranormal experience.