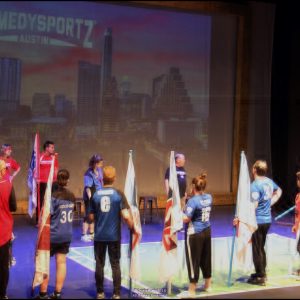 historically the longest running show in Los Angeles beginning in November 1988 and presently in its 30th year.

15 Minutes had a chance to pin down the busy creative producer and artistic director of the match James Thomas Bailey for a few minutes of behind the scene coverage before the big events kick-off.

Thomas explained how the competition is set-up. Teams are gathered from all over the United States and the United Kingdom and arrive three days ahead in order to train.

Comedy Sportz functions in similarity like any other traditional sports match including it having a referee, Astro-turf, ball-park organ and national anthem.

As a competitive improvisation sports event teams are selected to wear the colors red and blue as they perform a shortened form of comedy the director stated. Four teams are featured in the match that begins Thursday, June 28th at 7:00PM with the final match ending on Saturday, June 30th.

The audience interacts with the competing teams offering lucid suggestions and votes by show of hands clapping, laughter and cheering which allow for a variety of possible improvisations that have never been done before and are never repeated 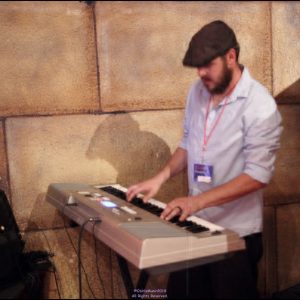 during the entire competition.

The competition stays away from any negative or slanderous remarks and has been developed to sustain optimism and nurture empowerment for all.

There are rules and regulations that if not adhered to result in fouls made either by the audience or the players.

The fouling system completely eliminates negativity of any kind and establishes and safe and caring environment for families.

The championship runs 52 weeks per year and is held in each player’s individual cities. All from the US and abroad in such locations like Manchester, England experience vigorous training year round.

In this way they are able to stay sharp on improvisation skills making them well prepared and ready to compete.The 2018 Comedy Sportz Championship is similar to the long-running television show, “Whose Show Is It Anyway” and draws an impressive following despite their not having as much media attention as larger televised sports shows.

Thomas’Comey Sportz Championship’s built in audience interactive highlights and places attention on reformative education as well as seeks to create a healthy bond between players and their public.

Natural word exchange gives everyone fresh new information, a safe place to let go and freely express and frees up the mind for unlimited thinking. Using both a referee on the turf and in the audience to help keep excitement and flow going is an extra added bonus for the match.

It is during this process that clear and unfiltered bonds of humanity are developed and instilled in all involved creating a bridge for confidence and intellectual stimulation.

The artistic director who also is an entertainer acting, singing and performing in theater and television performs on the turf in competition as well. His directing and producing this year’s playoffs did not allow for his participation. 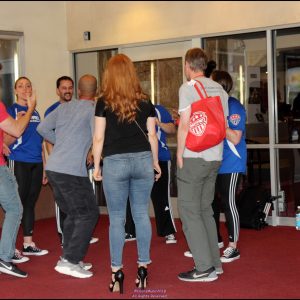 Championship continues to show astounding success with its establishment of a 75 school program for teens.It is the largest in the United States.

Thomas spoke of Comedy Sportz and how it has given a new voice to teens that are willing and eager to show their unique talent at will and without the watchful eyes of restrictive parental guidance. 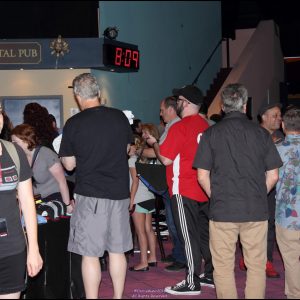 “They are fearless”, the director/producer said and it is because of this fearlessness they are able to really jump in, learn invaluable life skills while having fun.

The first Comedy Sportz Championship conceived by Dick Chudnow continues to run in Milwaukee where it was first exposed in a public forum.

For more information and insight into the history of the 2018 Comedy Sportz Championship click your mouse onto: cszworldwide.com. 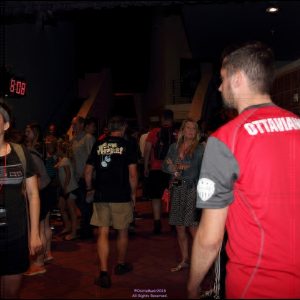 The El Portal Theater  is located at 5629 Lankershim Blvd.