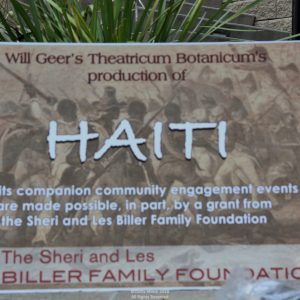 The talent of artistic director Ellen Geer of the Will Geer Theatricum Botanicum continues to deepen and expand and with the help of assistant director, Morgan Ramey and assistant, Kevin Hudnell who was so focused, calm cool and collected that even the States high temperatures couldn’t upset the Geer camp that was magnificently cool and self-contained. Geer With a multitude of productions listed in her resume the first-ever revival of 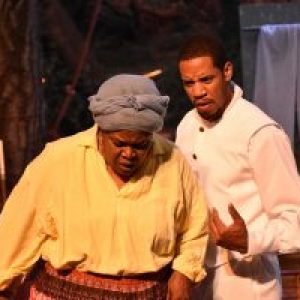 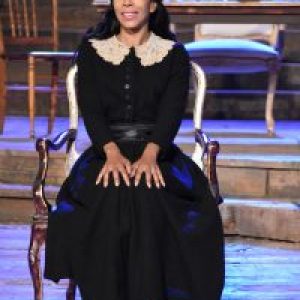 the original Federal Theatre Project, Haiti is by far one of her most creative challenges. The original Haiti presented in New York in 1938 at the 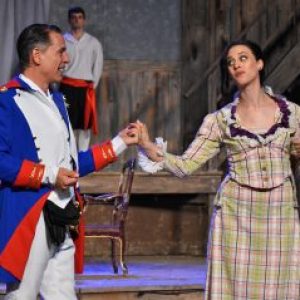 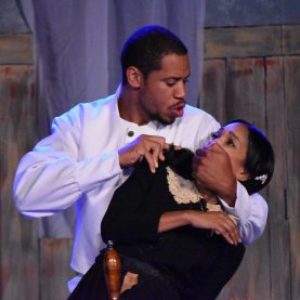 Lafayette Theatre of Harlem. Entertained by the natural beauty of the Will Geer Botanicum a rather gleeful audience came alive under the stars of the Topanga Canyon Mountains hillsides on this past Saturday night, July 28th with the production set to run through until September 29th. Historically speaking the Theatricum built by of Will Geer and wife, Herta Ware was home to artist blacklisted and victimized by the injustices of the McCarthy Era and also the couple’s backyard. The canyon’s Botanicum is the masterpiece of Will who having a master’s degree in Horticulture from the University of Chicago. Geer earned a living selling herbs and vegetables from the hand-made garden lending beauty and splendor to the area. The television show The Walton’s came to know him as grandpa. Geer’s Theatricum is the first venue to revive the 1938 Federal Theatre Project by American playwright and novelist William Dubois. Not to be mistaken with sociologist, historian and civil rights activist, William E. B. Dubois. In 1925 a graduate of Columbia University Dubois armed with a degree in Journalism worked for the Los Angeles Times becoming editor for the New York Times Book Review. The play Haiti written in 1938 by Dubois for the Federal Theatre Project was produced by the Negro Theatre Unit and presented at the Lafayette Theatre in Harlem. The play takes place during the 1802 uprising led by Touissaint L’Overture and is the Voodoo Macbeth masterpiece made famous by Orson Welles. Pronounced by Haitians as “Ha-e-tee” actor Ernestine Phillips who spoke to 15Minutes performed brilliantly within a role that had been previously written for a man however artistic director Ellen Geer creatively used an adaptable style in order to bring the character of Jacqueline to life. Jacqueline an undeniable force at the time of the Haitian revolution gained momentum in the revolution acting as a property manager in attendance of all guest and residents alike. With her being primary in the cause as a political activist and spy who risked her life to assist Toussaint in winning Haiti back from Napoleon Bonaparte who dispatched  French troops onto Haiti. In Bonaparte’s quest for world domination he neglected in his thinking the fact that Toussaint was a man of great knowledge and wisdom. His mind was that of a free and independent thinker with a strong inner fortitude who instinctively knew that he was destined to be victorious. Haitians (creoles) wanted their own nation free of control by the French and did in fact establish itself as the world’s first free-nation. It was the first county in the Western Hemisphere to completely abolish slavery. The diversity of the cast is defined by variety of dialects spoken from that time period trimmed with all of the makings of an HBO, Netflix, Showtime or Starz in Black award consideration Haiti is an ace at attention grabbing.  Actors: Colonel Roche-Tavis L. Baker, Odette-Tiffany Coty, Boule-Steve Fisher, Nurse Aimee-Holly Hawk, Toussaint L’Overture-Rodrick Jean-Charles, General Christophe-Max Lawrence, General Leclerc-Mark Lewis, Pauline-Lea Madda, Captain Duval-Dane Oliver, Josef-Cameron Rose, Colonel Boucher-Jeff Weisen.   Ensemble:  Altesa Baker, Asha Baker, Chai Baker, Louis Baker, Fabian Cook, Jr., Alexa Crismon, Sherrick O’Quinn, Clarence Powell. Understudies:   Altesa Baker, Fabian Cook, Jr., Sherrick O’Quinn.

The Federal Theatre Project was led by outspoken Hallie Flannagan who sided with the play in it’s intolerance of dirt, poverty, illiteracy, disease, unemployment and despair, while simultaneously taking a stance against social apathy, special privileges and selfishness. Haiti the play was written in 1938 as part of the WPA to get people back to work.

For more information on Haiti the play and other scheduled performances at the Will Geer Theatricum Botanicum visit www.theatricum.com.