It’s not every day that a man gives of himself through his actions and in his delivery on words however that is not the case with actor, performer, and playwright and expert on the word black, Michael Washington Brown. His one man show BLACK being held at the Zephyr Theater in Los Angeles and 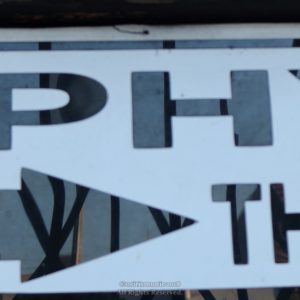 running on Sunday’s beginning at 7:00PM until October 14th is without a doubt a very fine piece of work most worthy of a run on Broadway and could do equally as well in a live sitting out on 43rd and Crenshaw. His cool yet uninhibited interpretation of black while being black is as adoring as it is disturbing. The one man show talks revolution, education, emancipation, love, hate, family, friends and the like; then goes in for the kill while asking and giving solid, clear resolution for just about anything that encompasses black in all of its blackness. The four male characters all black hail from England, Jamaica, USA and Africa and Brown fully and exquisitely expresses each one clearly and with consistency from beginning to end. I suppose that one could venture to say that black usually is the only color that gets such a negative wrap and it insinuates another staged performance by those who have no knowledge of its history or of its origin. The London in Brown is sleek as it makes its way out of his mouth and into the ears of all too willing to listen and without judgment; even if judgment is justifiable. 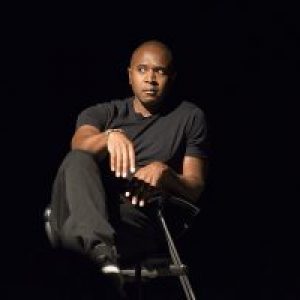 The piece has run successfully throughout San Francisco, Seattle, Phoenix and comes highly recommended as a must see by the Chicago Sun Times.  We seem to be getting some straight answers according to Michael Washington Brown as he pushes us all to open up and listen and not just listen hear the best of what the word and its strained history has to offer from up close and at times at a distance. 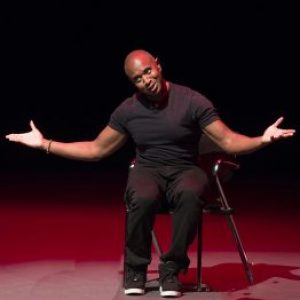 The truth can be terribly uncomfortable although uncomfortable is exactly where Brown wants us to be. In the middle won’t work and if in your thinking you’re left hanging on the sides for an easy way off the grid then move over because there is none.

BLACK is bold and enlightening, its suffocating and 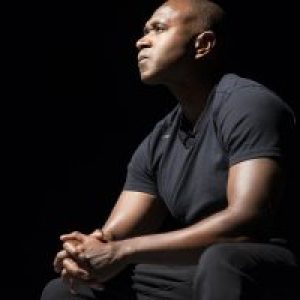 freeing its tolerable and intolerable. BLACK rubs the itch on the insides and yet the outside is what we seem to want to over expose. Under any natural law one would seem to care enough to be in sync with a will to do the right thing but while being Black may be the right thing it comes with a heavy price and can always be scrutinized. 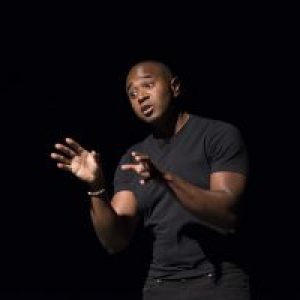 Brown grew up in London is of Jamaican and Barbadian descent and the first of his family to be born outside of the Caribbean.

BLACK is the new black making its way to your living room and is making its influence felt throughout the local neighborhood.

For more information on BLACK at the Zephyr contact

( between Fairfax and La Brea)